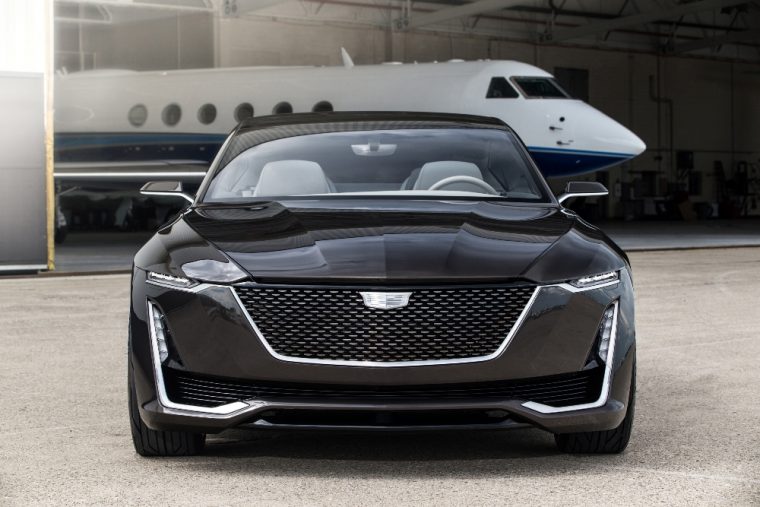 After releasing a teaser video for a new concept vehicle earlier this week, Cadillac has finally provided images and details for its newest model, which has officially been named the Escala Concept.

To start things off, the Cadillac Escala Concept uses the same Omega platform as the CT6 sedan, but the Escala is more than six inches longer than the CT6. In addition, the Escala Concept features a 127.1-inch wheelbase, which is even longer than benchmark large sedans such as the Mercedes-Benz S-Class and BMW 7 Series.

As for the exterior, the Escala Concept features bold styling that showcases the future design of Cadillac’s products. One of the sedan’s most eye-catching features is a unique three-dimensional precision pattern grille that features a colorless Cadillac crest. Other notable exterior features include OLED lighting and appropriately sized 22-inch wheels.

Performance enthusiasts should be happy to hear that underneath the hood of the Escala Concept is a prototype 4.2-liter twin-turbo V8 engine that Cadillac says will be equipped in future vehicles, including its current flagship model, the CT6 sedan. On the downside, the luxury automaker failed to disclose performance figures, but it has been confirmed this motor will feature Active Fuel Management technology. If you didn’t already know, this technology allows four of the engine’s cylinders to be turned off when they’re not needed in order to save fuel. 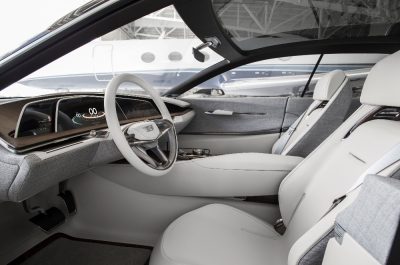 Taking a look inside the vehicle, it might surprise Cadillac loyalists that the Escala Concept isn’t decked out in fancy leather upholstery. Instead, Cadillac used fabric that’s typically used to create expensive suits, which Cadillac says was inspired by its business partners in the fashion industry. Also of note, the CUE infotainment system is nowhere to be found inside the Escala. Instead the concept uses three curved OLED screens and a rotary controller. Moreover, passengers in the back seats will enjoy copious amounts of leg room, as well as two high-tech entertainment screens, which are controlled by a tablet that’s located in the center of the two seats. Lastly, the Escala Concept features a liftback trunk similar to what’s used on the Audi A7.

At this point, GM has no plans for the Escala Concept to become a production model, but Cadillac President Johan de Nysschen hasn’t entirely ruled that possibility out.

“Escala is a concept car, but one based upon the unrelenting rise of our product substance,” de Nysschen said. “Depending on the development of market segment for large luxury sedans, Escala is a potential addition to our existing product plan.”

One last note, in case you’re wondering about name of this vehicle, Escala is the Spanish word for scale.