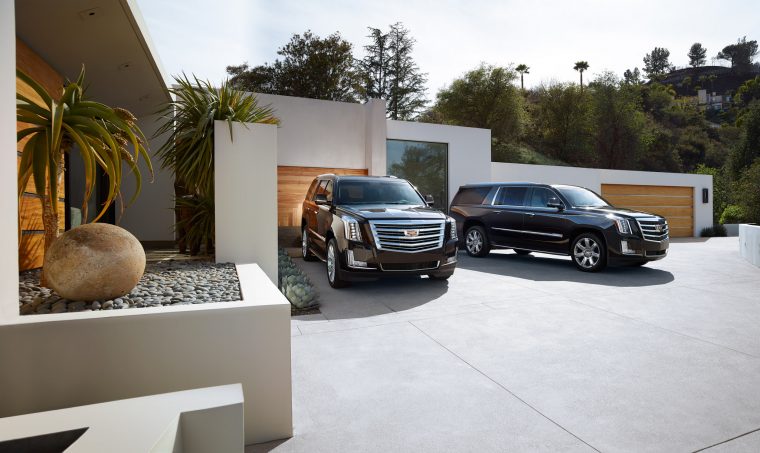 The Cadillac Escalade is celebrating a milestone birthday this year. Although it deserves a champagne toast, don’t pop that cork just yet — the luxury SUV still isn’t quite old enough to drink. The Escalade turns 20 years old this summer. Over those two decades, it’s dominated sales rankings, set new standards in its segment, and come to represent the finer things in life.

“Over the past 20 years, the Escalade has prevailed not only as a highly regarded full-size luxury SUV, but also as a cultural icon that is synonymous with style and sophistication,” said Cadillac President Steve Carlisle. “From the highway to the big screen, the Escalade has been embraced by drivers and fans around the world.”

The One and Only: Meet the 2018 Cadillac Escalade

The Escalade sold well from the beginning, as customers quickly flocked to its combination of premium features, powerful performance, and road-dominating design. To date, more than 830,000 have been sold around the world, including more than 750,000 in the U.S. And since the Escalade’s fourth generation was introduced in 2015, it’s raked in more than $3 billion in U.S. sales for Cadillac.

The Cadillac Escalade has steadily evolved in performance and design, and it has showcased numerous innovations over its 20-year lifetime. In 2009 alone, the Escalade lineup featured the first full LED headlamps, offered the first full-size luxury SUV hybrid, and became the first full-size luxury SUV built with Magnetic Ride Control suspension. And despite the Escalade’s gas-chugging reputation, today’s model boasts 52 percent better fuel economy: 23 mpg on the highway for the 2019 model vs. 15 mpg in 1998.