As a thoughtful, haunting product of speculative fiction, Black Mirror contemplates our increasingly troublesome connection to technology. Even though episodes focus on the social and personal dilemmas of characters, their situations often involve vehicle transportation, which allows Black Mirror to indirectly remark on our humanity’s relationship with automobiles and the direction in which automotive technology is headed.

In anticipation of the fifth series of Black Mirror debuting on Netflix this Wednesday, The News Wheel picked its top six memorable cars from Black Mirror.

Futuristic Technology on Today’s Cars: How does regenerative braking work?

This episode follows the gradually escalating consequences of a covered-up car accident on the isolated country roads of Iceland. While the car isn’t present for more than the first couple minutes of the episode, its impact (pun intended) can be felt throughout the whole 60 minutes.

“Crocodile” is actually a two-for-one entry, since it also involves an insurance investigation with an automated pizza delivery van (something actually in development) that is involved in a collision with a pedestrian. 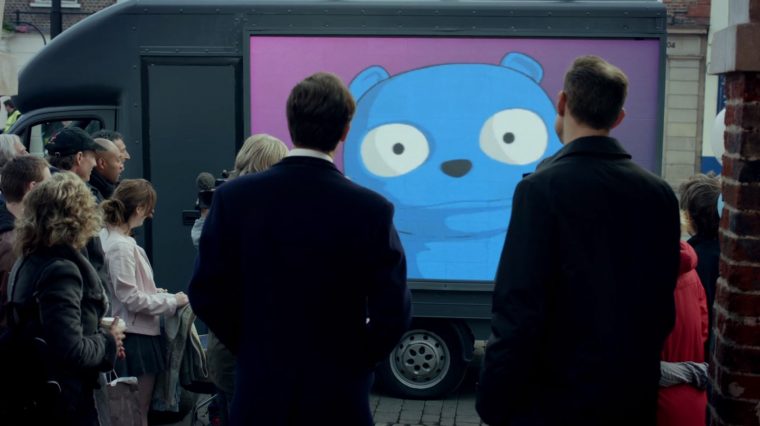 Possibly the most eerily prophetic episode, “The Waldo Moment” postulates a world where vulgar cartoon character Waldo gains traction as an outsider candidate and becomes the figurehead of an authoritarian state.

Waldo is a blue cartoon bear who speaks to the masses via a video screen mounted to the side of an Iveco Daily commercial van, using vulgarity and base insults to attack his political rivals. Inside the van is Jamie (Daniel Rigby), the puppeteer and voice actor who feels increasingly uneasy as he realizes he no longer has total control over his cartoon avatar.

Of the episode, writer Charlie Brooker said he felt he didn’t quite nail the stakes upon its release in 2013, but that as of 2016, it is “really quite terrifying … more prescient than I realized.”

Nish’s road trip through the desert in her dazzling blue 1962 Ford Thunderbird comes to an unexpected detour when the car runs out of fuel. The long-closed BRB Connect station she comes to can’t recharge her electric-retrofit classic car, so she utilizes a portable solar panel to recharge the battery. With time to spare, she wanders over to Rolo Haynes’ World-Famous Black Museum.

Although the car only appears at the beginning and end of the episode, the stylish, colorful classic Ford stands in stark contrast to the bleak hills and even bleaker museum Nish encounters. “Black Museum” skews our love of road trips by depicting a chilling type of roadside attraction. 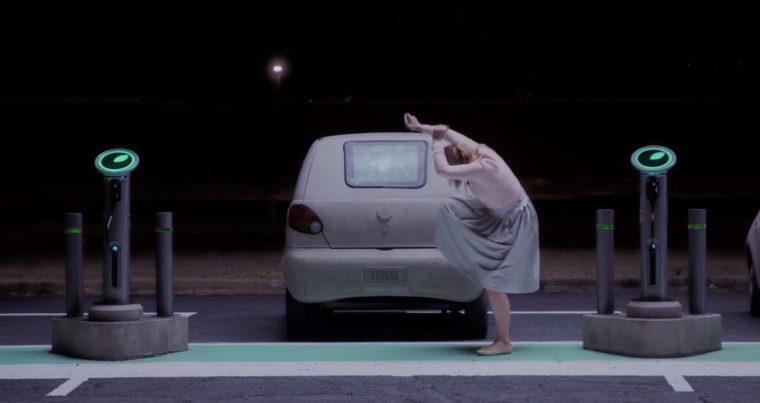 Sometimes, cars can save the day, but they can also further ruin an already-bad day, as it did to Lacie Pound (Bryce Dallas Howard). Her problematic journey to her friend’s wedding brought her to a rental car counter, where her social rank limited her to borrowing an outdated plug-in electric I-Cruiser 2 (a disguised Daewoo Matiz) that poops out shortly after leaving the lot. The compact electric car uses touchscreen inputs directly on the windshield and dashboard, takes phone calls, and even projects television shows for passengers to watch.

Being an older model within the show — the models cleverly named in numerical sequence like smartphone models — the I-Cruiser 2 isn’t too far removed from our own reality and shows how digitally “connected” our cars can become. 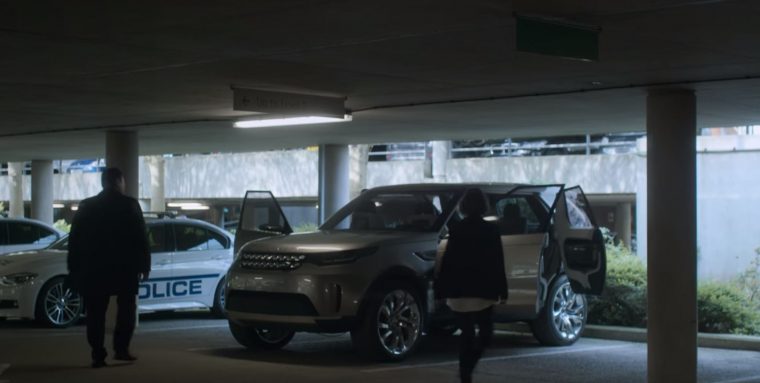 Land Rover Discovery Vision from “Hated in the Nation”
Photo: Netflix/House of Tomorrow

Throughout episodes of Black Mirror, we get glimpses here and there into what the writers think cars will be like in the future. One model that receives a brief but thorough showcase is the Land Rover Discovery Vision used by the National Crime Agency.

As a concept model, the Discovery Vision is already pretty futuristic, flaunting rear-hinged doors, gesture controls, and smart glass. This version has center-facing seats with controls in the middle of the vehicle. It’s self-driving but navigates using direction command inputs via touch-screen.

It’s not a show-stopping appearance, but Land Rover SUV’s presence helps make the other futuristic technology in the episode seem more plausible.

“San Junipero” is arguably the most beloved and critically praised episode of Black Mirror, with two Primetime Emmy Awards and a GLAAD Media Award to its name. This episode is perhaps best remembered for its final three minutes, in which Yorkie (Mackenzie Davis) climbs into a cherry red first-generation Mazda MX-5 Miata — complete with a YORK1 vanity plate — and heads top-down toward a destination unknown. When she gets there, don’t be surprised if it suddenly gets very, very dusty in the room. Bonus points if you manage to sing along to Belinda Carlisle’s “Heaven is a Place on Earth” while you choke on your sobs.