Over the years, the United States Presidents have owned some very interesting automobiles. From a 20th century electric car, to a car that drove on water, presidential cars are among the most cool and quirky in our country’s extensive history. In this installment, I will examine the presidential vehicles of 10 of our country’s most famous and infamous leaders. So let’s explore the personal cars of the Commander in Chief with “The West Wing Wheels.” 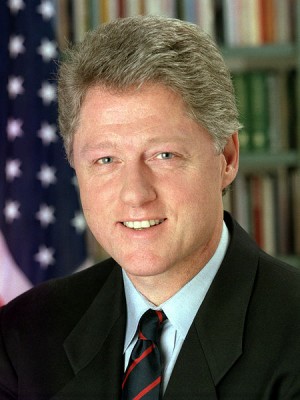 It’s Clinton Time, and that means it’s starting to sound like Kenny G up in here!

It seems like only yesterday that a Clinton was running for president. Okay, truth be told I was three years old when Bill Clinton won his second presidential election. Point is, another Clinton is on the fast track to the 2016 Presidential Election Season. But Hillary Clinton probably won’t be driving there. In fact, Hillary Clinton has not driven a car since 1996.

This is thanks to the Secret Service’s security policy. Since Hillary is the wife of a former president, and a potential president herself, she has Secret Service protection with her at all times. When she could drive, Hillary owned a yellow Fiat…a Fiat that was stolen, used in a robbery, and crashed during a high-speed pursuit! So I wouldn’t really be surprised if Hillary didn’t even want to drive after that series of unfortunate events.

Bill, however, severely misses the ability to drive. The former president once told Ellen DeGeneres that the thing he misses most about his life before he became president is his ability to drive himself around. He even told Ellen that he asks Secret Service to let him drive around in the golf cart during various golf outings so that he can have a taste of driving, no matter how small. 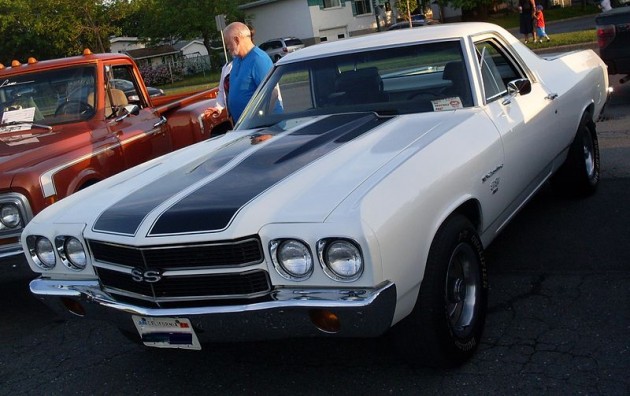 He added the Baseball Astroturf so that he could reach all the bases
Photo: Bull-Doser

Clinton had several vehicles he used to drive around in. He mentioned one in a speech many years ago in 1994. While at a Louisiana truck plant, Clinton reminisced about his El Camino. He said that he lined the back of his car-truck mutant hybrid with Astroturf. He went on to mischievously add that, “You don’t want to know why, but I did.”

He later stated that it was added to help with hauling luggage. Of course it was Bill.

However, the car that Bill Clinton missed the most was his ice-blue 1967 Mustang Convertible. In fact, Clinton once stated that it was the thing he most regretted leaving behind when he headed to the White House.

The funny thing is, the car was not originally his.  In 1972, Bill’s stepfather, Jeff Dwire, purchased the Ford as a gift for Bill’s younger brother, Roger Clinton. If you didn’t remember Bill Clinton had a younger brother, don’t feel bad. I’m pretty sure even Bill forgets he has a younger brother sometimes.

At the time, Bill Clinton was busy studying law at Yale University. When he returned home, he bought the Mustang from Roger. As Governor of Arkansas, Clinton used to soar down the roads of Little Rock in the Mustang. The roar of its 120-horsepower six-cylinder engine used to terrify pedestrians as Slick Willie rocketed past! However, his new job as President of the United States meant Clinton couldn’t drive himself around. Thus, he had to give up his wild Mustang ways. 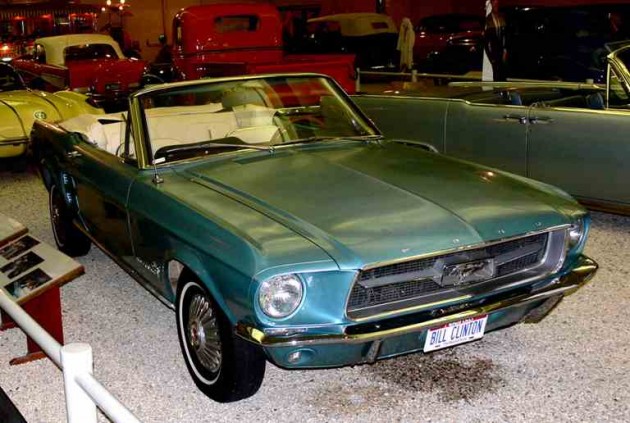 Mustang Billy had to slow his Mustang down
Photo: Jimmy Smith

During his presidency, Clinton was reunited with his beloved steed during the Mustang Club of America’s celebration of the signature Ford vehicle’s 30th anniversary. Currently, the beautiful pony car resides in The Museum of Automobiles in Morrilton, Arkansas.

Speaking of ponies, I’ll end this “West Wing Wheels” with some interesting Bill Clinton trivia. In 2011, Clinton was asked to answer three questions about the TV show My Little Pony: Friendship is Magic during an NPR program. The former president proceeded to ace all three questions like a pony pro. 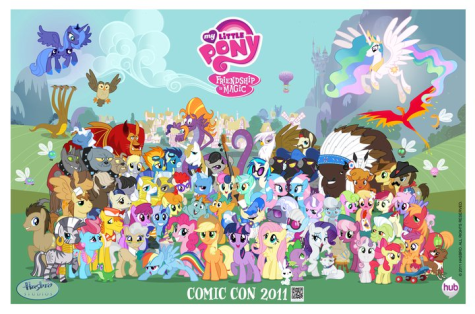 Bill the Brony can probably name each and every one of these ponies
Photo: Hasbro