Taking from Toyota: Hydrogen-Fueled BMW i5 on the Horizon? 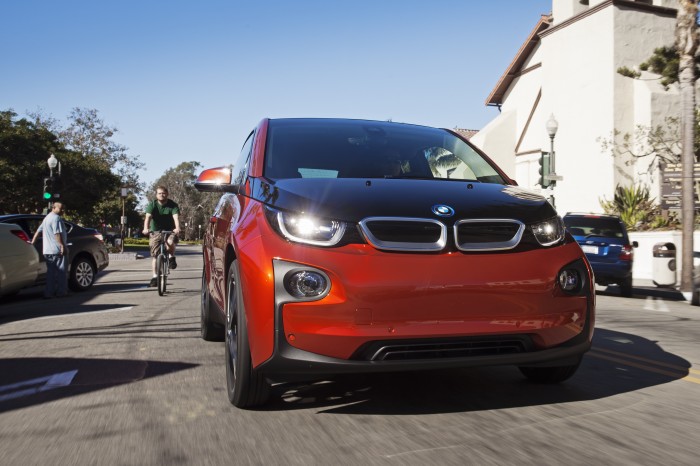 Pictured: The BMW i3, which could be joined by a hydrogen-powered BMW i5 soon

Having successfully conquered the electric vehicle (EV) market with the award-winning i3 and game-changing i8 supercar, BMW might be turning its focus to another form of fuel for the next entry in its i-series.

Comments by Autocar have sparked speculation that a hydrogen-fueled BMW i5 may be on its way in the next couple years.

With BMW jumping on the recent hydrogen fuel cell bandwagon, some skeptics are wondering how practical this move would be.

Despite being in the middle of the EV craze, the automotive industry is already jumping to its next pet project: hydrogen fuel cell technology. The award-winning results of Korean and Japanese fuel cell vehicles have been a green flag for every other automaker who’s ready to dive head first into this controversial technology.

The Toyota Fuel Cell Vehicle (FCV) has just received the title of the Toyota Mirai, and now its bold innovations could be lent to partner BMW (spawning from their fuel cell partnership begun last year). In order to compete against fuel cell vehicles being released in the next two years, such as Mercedes-Benz’s B-Class and Audi’s A7, BMW is ready to take the quickest route available.

The hydrogen-fueled BMW i5 would likely contain an electric alternative source as well, which would give the vehicle renewable energy potential and a much quicker refueling option (instead of the normal 30+ minutes full EVs take). Hydrogen is also more easily dispensable across the US in the long run than charging stations would be–as long as the technology is made accessible to average consumers.

The question still remains if the average consumer will actually buy into all this hydrogen fuel cell technology or if automakers are running a race that no one cares who wins.