Toyota Yaris Liftback Returns for 2020, Made by Mazda 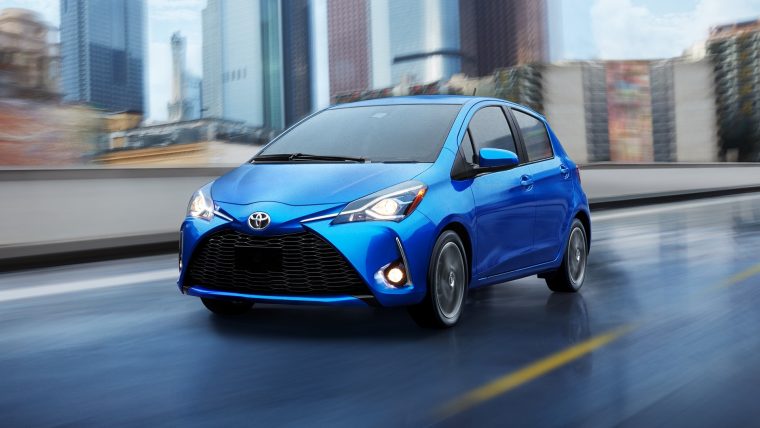 The old Toyota-built Yaris Liftback is taking a hiatus for the 2019 model year and will return for 2020 as a rebadged Mazda2, according to various automotive sources.

The story of the Toyota Yaris is a strange one. Since 1999, it has been sold in the US as both a hatchback and a sedan under a variety of names. The latest generation, beginning in 2015, was split between Scion and Toyota. The former sold the iA, a sedan that was actually just a rebadged Mazda2, and the latter the Yaris Liftback.

Toyota then discontinued Scion and for the 2017 and 2018 model year, the Scion iA became the Toyota Yaris iA — still a Mazda2, which like the Yaris is offered as a sedan and hatchback outside of the United States.

More recently, for the 2019 model year, the Yaris iA became the Yaris Sedan (once again still built by Mazda), but Toyota apparently wasn’t sure whether to keep the Yaris Liftback (built by Toyota), despite it being the most affordable model in its lineup, and one of the few remaining with a starting MSRP below $20,000.

Likely Toyota was discouraged by the Yaris Liftback’s poor sales performance. In 2017, the company sold fewer than 2,000 Yaris hatchbacks in the US compared to over 25,000 Yaris sedans. Though this can be in part attributed to Americans’ bizarre aversion to hatchbacks that aren’t SUVs, it could also be because the Mazda-powered sedan is more fun to drive — and if that’s the case, why not sell the Mazda-powered hatchback as well?

If all of that seemed complicated, it’s about to get quite simple: from 2020, every Toyota Yaris sold will actually be made by Mazda. It’s no surprise to see this kind of partnership between the two considering their joint manufacturing effort in Alabama, and if you’re the kind of person who likes the fun-to-drive characteristic of Mazda cars and the engineering quality of Toyota products, then this seems like a win-win scenario.