Back in September, the Frankfurt Motor Show played host to the latest in Batmobile crossover luxury, the Lexus LF-NX. Today at the Tokyo Motor Show, Lexus revealed another incarnation of this pointed wonder- now with a scary heft of horsepower to match the stink-eye attitude of the front fascia. 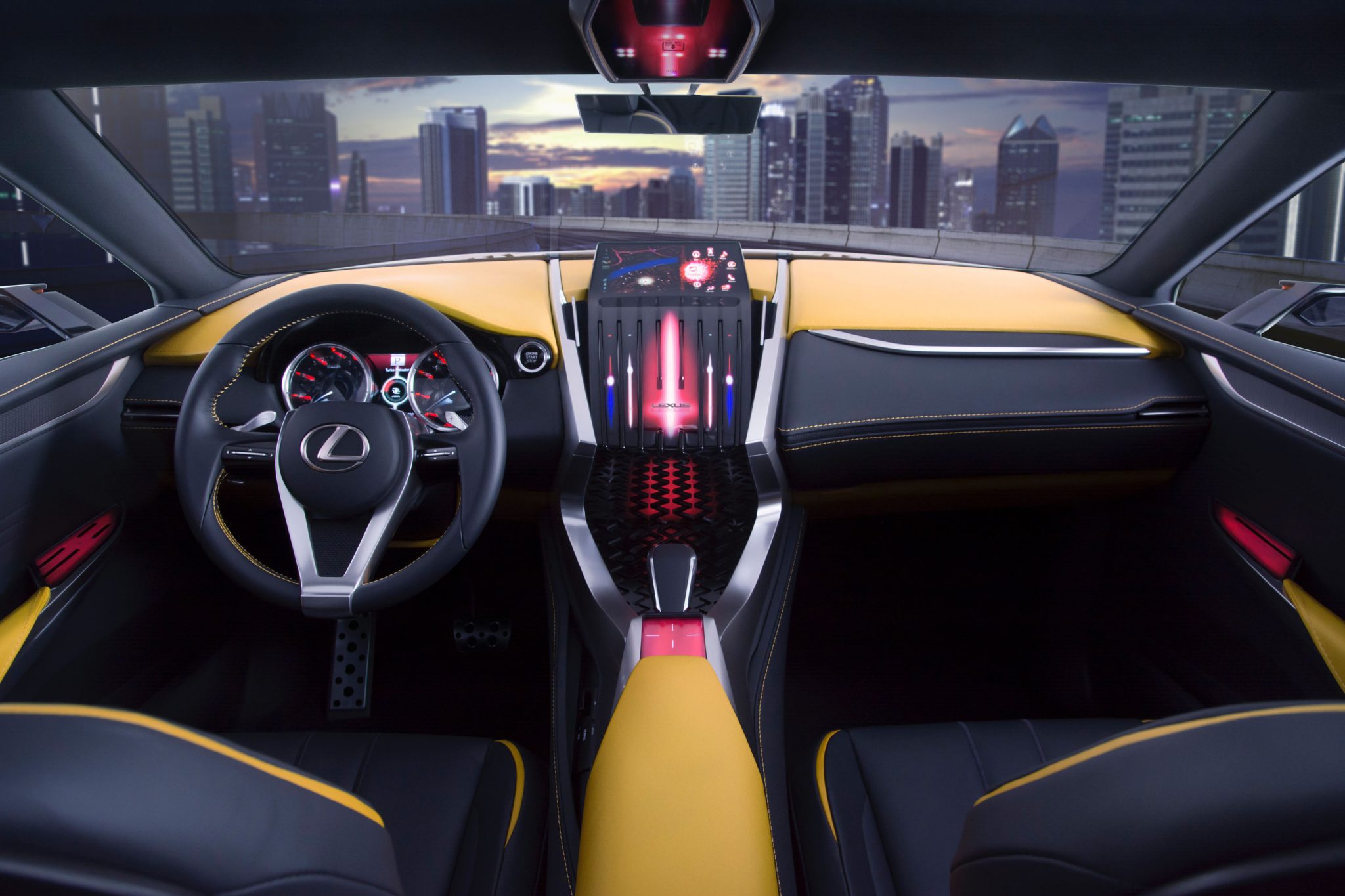 As far as sharp cars go, the LF-NX is top-of-the-line. No, seriously, look at these lines. Hope you like venison, because if you hit a deer in this thing, you would most certainly neatly gut it. No butcher needed- meat for weeks. A thoughtful detail provided for the driver feeding a crossover full of kiddos.

As if those angular lines weren’t enough, the details under the hood are frightening. The LF-NX features the first ever turbocharged engine from Lexus. A 2-liter 4 cylinder engine, it has been boosted by a twin-scroll turbo with cylinder integrated exhaust manifold, advanced variable valve timing, and D4-S fuel-injection.

We don’t have output figures yet, but I’ll be sure to let you know just how much horsepower this moving knife has to cut through whatever it is that suburban luxury crossover buyers have to contend with.

Inside, the LF-NX interior seems as though it can’t decide what to do with itself. While the contrasting colors throughout the dash, console, and stitching are decidedly sporty, they are not really meshing with the elegantly devious exterior. And c’mon… this is still a crossover, guys.

The real news here is the 2-liter turbo engine, which we could see more of in Lexus production models as early as next year. But if you were ever wondering what Batman took the kids to school in, the LF-NX is a solid guess.

The Lexus LF-NX Concept Turbo was revealed at the Tokyo Motor Show this week.

More from the Tokyo Motor Show…