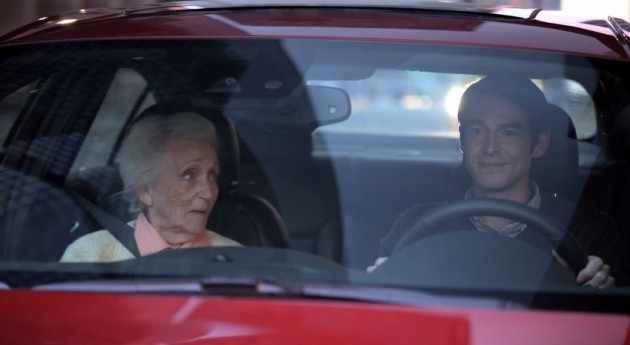 One of the biggest selling points that General Motors has used to push its 2015 lineup has been the inclusion of OnStar with 4G LTE and built-in Wi-Fi, which is the primary focus of the latest extension of the “That’s Not a Buick” campaign.

This particular ad features folks of all ages marveling at the inclusion of Wi-Fi in a variety of Buick vehicles. The whole gang is here, from corporate drones standing by a Verano parked inexplicably next to a fountain to an elderly woman telling a man who is presumably her grandson that she will use the Wi-Fi in his Regal to update her blog. IT’S FUNNY BECAUSE OLDER PEOPLE GENERALLY DON’T MAINTAIN A WEB PRESENCE.

Practically everyone is represented here, with the possible exception being the family dog. That’s okay; they got their own ad.

Indeed, it’s as good a selling point for Buick as any—up to seven devices can be connected to the in-vehicle hotspot, allowing passengers to use online functionality for everything from an iPad to a 3DS XL at 4G LTE speeds.