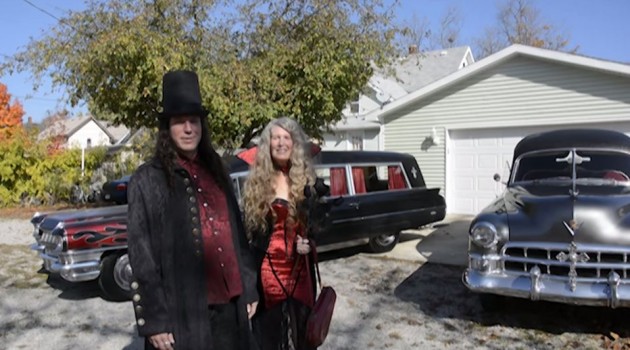 This quirky couple drives Cadillac hearses as their daily drivers.

Here’s your daily dose of creepy, just in time for Halloween. The video below shows off a couple, straight out of a Tim Burton flick, that drives vintage Cadillac hearses as their daily drivers. As their only daily drivers. Check it out:

The quirky couple is from Indiana (so thanks to The News-Sentinel for bringing us this hilarious video), and the two have no qualms with the way they dress and what they drive. The man, Stephane Langelier, drives the 1949 Cadillac hearse, the more classic of the two. But while Langelier’s might be more classic, it is Deporah Hornberger’s that is more intimidating. It’s a 1964 Cadillac hearse that spits fire from tailpipe flamethrowers and has been updated with a flame paint job on the front. 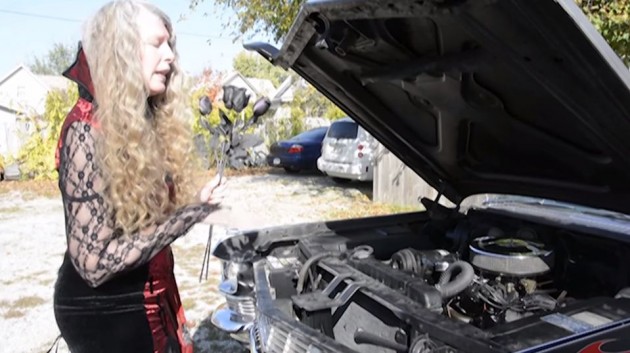 Take note of the subtle accents on the inside as well, like the skeleton dangling from the rearview, the spider in the front seat, and the giant coffin with a body climbing out. Okay, maybe that last one isn’t so subtle. 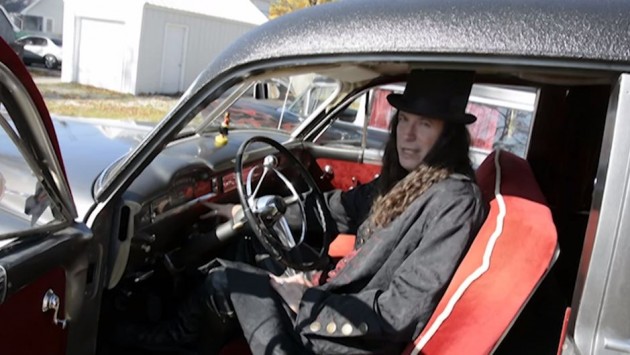 If you’re in the mood for something a little less spooky and much cheesier, take a listen to OnStar’s fake Halloween monster response calls. They’re, uh, they’re something special.