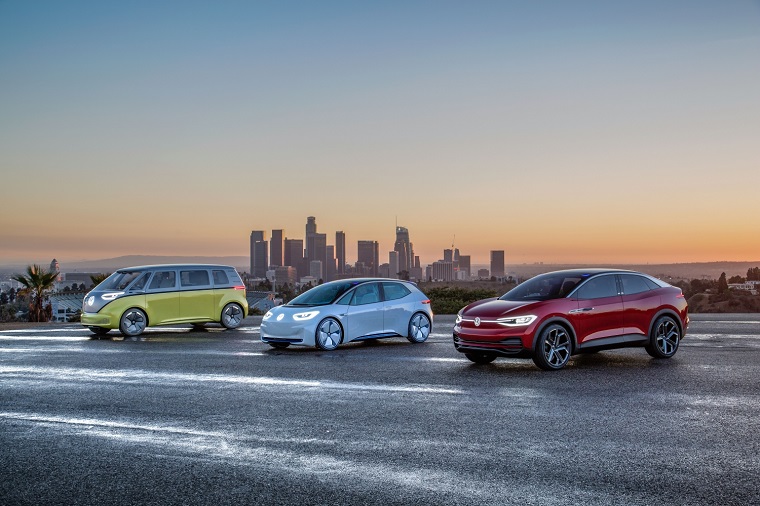 Volkswagen unveiled the I.D. concept family, a new line of electric vehicles, at the 2017 Los Angeles Auto Show and said it hopes to start producing EVs in the United States by 2023, pointing to its Chattanooga, Tennessee, plant as the location where it might happen.

In October, the German automaker’s board approved a €34 billion investment in electric mobility and autonomous driving capabilities over the next five years. Its goal is to make a million electric cars a year by 2025 and become the world’s largest electric auto manufacturer.

Starting with Volvo earlier this year (if we count out Tesla), several other brands have recently announced their commitment to an electrified future of mobility. At the LA Auto Show, Volkswagen introduced the new I.D. line of electric vehicles, including the Crozz and the Buzz, the former and SUV and the latter a redesign of the automaker’s famous 1960s minibus.

“Everybody was begging us, ‘When do you bring back the microbus?’” said Hinrich Woebcken, President and CEO of Volkswagen Group of America. “And now it’s coming.”

Woebcken admitted that while Tesla had a head start in the electric car market, Volkswagen was better off having waited. By 2021, the electrical infrastructure will be considerably more developed and the cost of producing and buying electric vehicles will go down. “We believe we need to bring electric mobility for millions, not just for millionaires,” he said.

In the meantime, Volkswagen will continue to bank on crossovers and SUVs such as the well-performing Atlas and an upcoming redesigned Touareg and all-new T-Cross coming next year. “With SUVs, we are earning the money we need to fund the shift towards electric mobility,” said Herbert Diess, head of Volkswagen passenger cars, before reflecting upon the Dieselgate scandal. “We have completed the first five kilometers of a marathon. We are all aware of the challenges that lie ahead of us.”