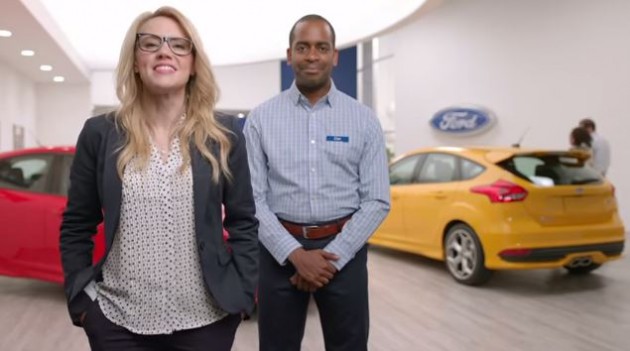 If you aren’t familiar with Kate McKinnon now, you better start brushing up. Her work on Saturday Night Live for the past three years has taken her from impersonating the likes of Justin Bieber and Iggy Azalea to playing original characters such as Olya Povlatsky and Sheila Sauvage. She’s been nominated for an Emmy and earned the praise of fans and critics alike, and her work has garnered her a feature role in the upcoming Ghostbusters film alongside Kristin Wiig, Melissa McCarthy, and Leslie Jones. 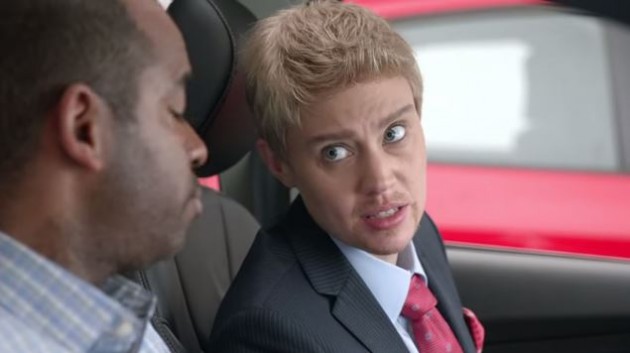 Basically Justin Bieber in a suit

Turns out that the dude is actually just the anthropologist in disguise, but it’s really neither here nor there, because McKinnon is funny either way.

This spot is surprisingly entertaining, which says something given how cringe-worthy a lot of silly celebrity car commercials have the tendency to be. Check it out if you haven’t already!