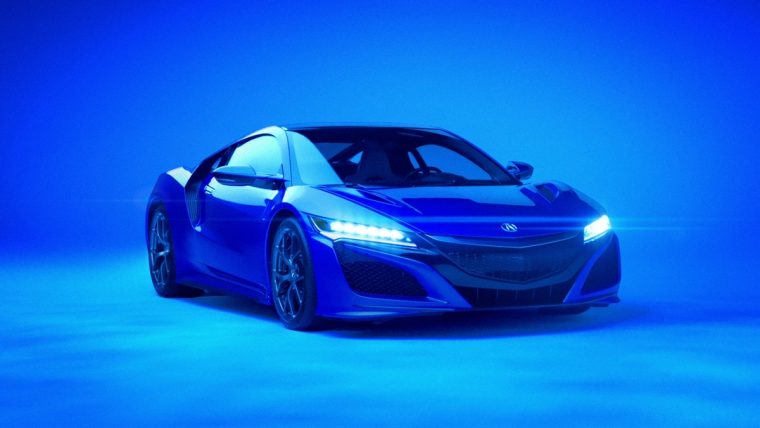 Acura announced early last month that it would be returning to the Super Bowl this year with an ad focusing “on the luxury automaker’s North American roots.” The one-minute commercial will air during the first quarter of Super Bowl 50 on February 7th, but you can watch the full thing in advance now:

Entitled “What He Said (Big Game Commercial),” the ad consists of various close-ups and glamour shots of the upcoming 2017 Acura NSX, set to the lustful yelps of David Lee Roth in the Van Halen song “Runnin’ with the Devil.”

According to Acura, the reason for the red, white, and blue imagery (and the use of the “iconic American rock song”) is to play up the all-American appeal of the NSX, the “only supercar designed, developed and manufactured in the US.” Exclusive global production of the 2017 Acura NSX will begin at the Performance Manufacturing Center in Marysville, Ohio, later this spring.

“In our Acura commercial, we wanted to convey the excitement of the NSX to a big Super Bowl audience,” said Jon Ikeda, Acura vice president and general manager. “The high energy visuals are complemented by a big rock anthem, giving viewers just a taste of the emotion this new Acura supercar elicits.”

The new marketing campaign for the next-generation NSX also includes a social media sweepstakes. Using Twitter Conversational Video, viewers can generate a pre-populated tweet that features the 30-second commercial that, when shared with #DriveAcuraNSXContest and tagging a friend, will enter the user into a contest to win a VIP NSX driving experience.

Car Shopping? Save big with the HondaGrad program