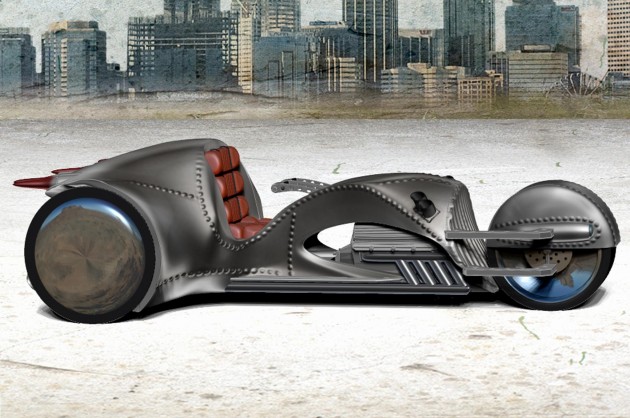 In case you haven’t heard, Star Trek legend William Shatner is working with the motorcycle fabrication company American Wrench to design the Rivet One, a limited-production trike equipped with a Cadillac CTS-V engine.

It’s not clear whether the powertrain will be based around the CTS-V’s new LT4 6.2-liter supercharged engine, or the previous generation’s motor, but either option should provide plenty of pop.

It would be tempting to say that this unconventional vehicle looks like something straight out of Star Trek, but its steampunk design would probably actually be more at home in the Kenneth Branagh classic Wild Wild West.

Shatner has said that once it’s finished, he plans to take the Rivet One on a road trip from Chicago to Los Angeles, presumably negotiating some great deals on hotel rooms along the way.

The company is currently taking requests for the trike on a build-to-order basis. They haven’t set a price yet, but if you have to ask, you probably can’t afford it.