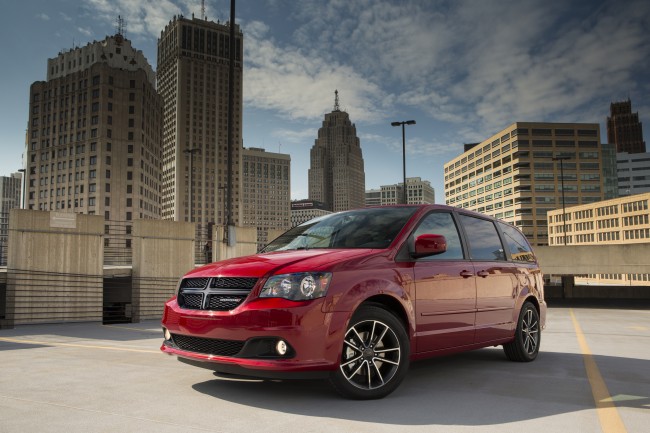 2013 brings a price drop for the base Dodge Caravan, and substitutes a less-expensive second-row bench seat for Stow ‘n Go captain’s chairs in the second row. The higher-level trims get more standard features including an optional Blu-ray-compatible DVD entertainment system, and Stow ‘n Go seats have been upgraded to Super Stow ‘n Go, and quickly disappear with just the tug of a lever.

Dodge introduced the world’s first minivan, the Caravan, back in 1984, and has been leading the way in minivan innovation and design ever since. The 2013 Dodge Grand Caravan merges Dodge’s muscle car styling with minivan practicality. The Grand Caravan has a commanding presence thanks to its bold lines, aggressive front fascia, and standard 16-inch wheels.

The Grand Caravan doesn’t just look strong, it actually is strong. The 2013 Dodge Grand Caravan comes standard with a 3.6-liter V6 that produces 283 hp and 260 lb-ft of torque, and is paired with a six-speed automatic transmission.

The 2013 Dodge Caravan gets EPA-estimated fuel economy ratings of 17 mpg city, 25 mpg highway, and 20 mpg combined, making it competitive in its class.

The Grand Caravan features quality materials and solid construction; ready to take on the stress and rigors of regularly transporting any family. Featuring the ability to comfortably seat seven, the Grand Caravan boasts enough space to haul the whole family, plus their gear. The unique Stow ‘n Go second row seats allow owners to quickly and easily stow the seats into the floor. These seats are standard in all models except the AVP. 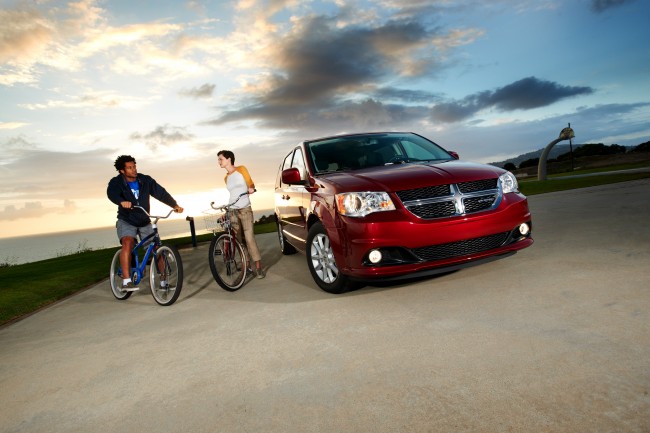