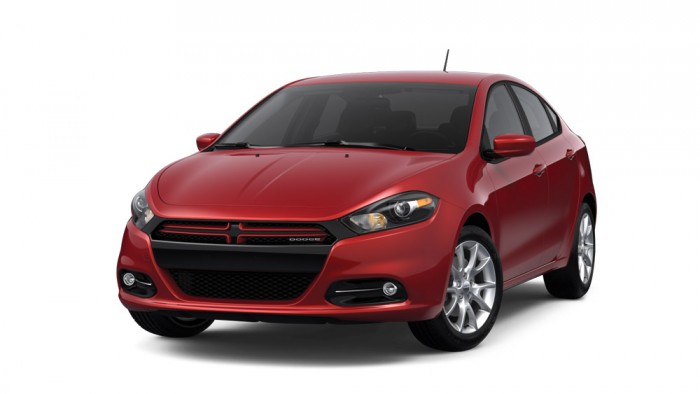 The 2014 Dart is a sporty compact that marries Dodge muscle with the sleek lines buyers in the compact segment have come to expect. Standard 16-inch wheels provide the 2014 Dodge Dart with an aggressive stance, and rear taillights stretch across the entire fascia, much like the taillights that have become so popular in the Dodge Charger.

The base model 2014 Dodge Dart offers a nice cabin relative to its class, but it begins to separate itself when you move up in trims. According to Edmunds.com, “Whereas competitors just add leather upholstery or some fake metal trim to improve the ambience, the Dart actually slathers on extra padded surfaces, dash stitching and flares of colorful trim.” The 2014 Dart is also available with an 8.4-inch touchscreen infotainment system with an optional navigation system.