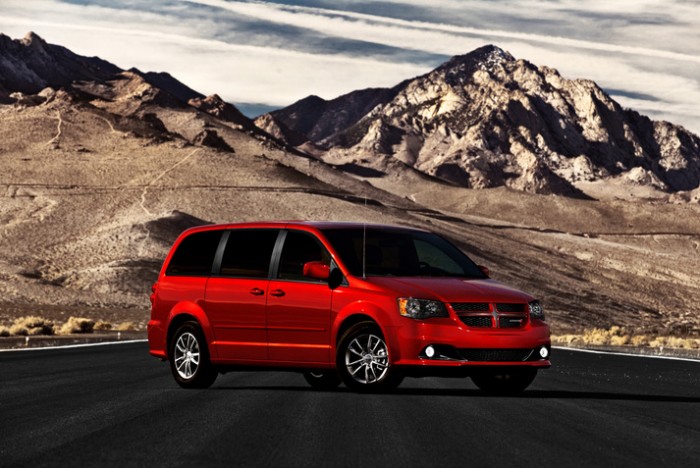 Muscle car and minivan are normally as close as it gets to antonyms in the automotive world, but leave it to Dodge to merge its iconic, sculpted muscle car styling into the versatile mold of a minivan in the 2014 Dodge Grand Caravan. Standard 16-inch wheels deliver a commanding on-road presence not normally felt from a seven-passenger family-hauler.

Dodge went a step further with its muscle car inspiration for the 2014 Grand Caravan and put a little under the hood as well. Powering the 2014 Dodge Grand Caravan is a lone 3.6-liter V6 that pumps out 283 horsepower and 260 lb-ft of torque. It won’t keep up with the Challenger, but the Grand Caravan does travel from 0-60 mph in eight seconds – a respectable time for the segment.

The interior of the 2014 Dodge Grand Caravan is all about functionality. In addition to spacious seating for seven and ample storage, the Grand Caravan offers Stow ‘n Go second-row seats standard on every model but the AVP, which allows the seats to store seamlessly into the floor with just the pull of a lever. Even the most basic trims include standard dual-zone air conditioning, power windows, heated mirrors, and auxiliary input.