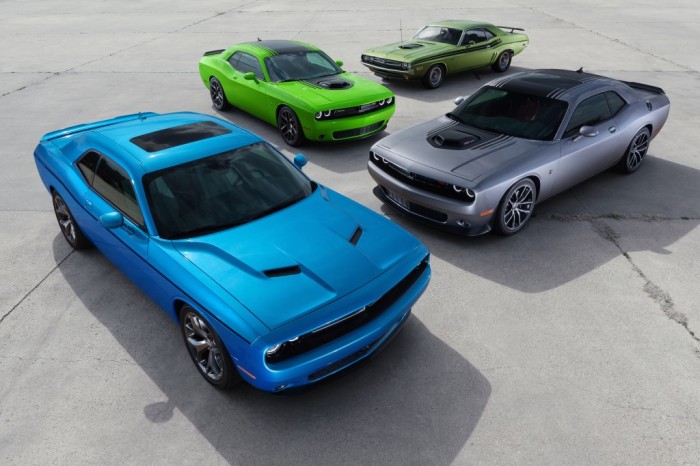 2015 Dodge Challenger pricing has been announced.

The 2015 Challenger has a starting MSRP of just $26,995, for the SXT models. These babies boast the segment-first TorqueFlite “845RE” eight-speed gearbox and a class-exclusive 7-inch multi-view cluster with “tic-toc-tach” gauges.” In addition, the Challenger SXT models will include an available 8.4-inch Uconnect touchscreen and is capable of 305 horsepower, while still yielding 30 mpg. The SXT Plus adds extra features and retails for $29,995. 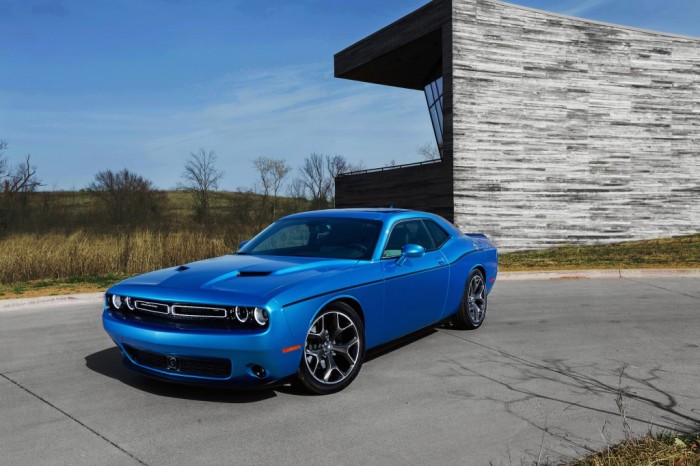 Related: Father and Son Best Friends Due to a 1951 Chrysler New Yorker

2015 Dodge Challenger pricing takes a bit of a jump from there to the R/T models, which get an MRSP of $31,495. Chrysler Group describes it as “America’s most affordable V8-powered muscle car.” The Challenger R/T boasts a segment-first TorqueFlite “8HP70” high performance eight-speed transmission, manages to deliver up to 410 lb-ft of torque, and includes a segment-exclusive “Shaker” hood with functional engine-mounted scoop. In addition, it features the 7-inch multi-view cluster (standard) and the 8.4-inch Uconnect touchscreen (optional). Opting for the R/T Plus with extra features takes the price to $34,495. 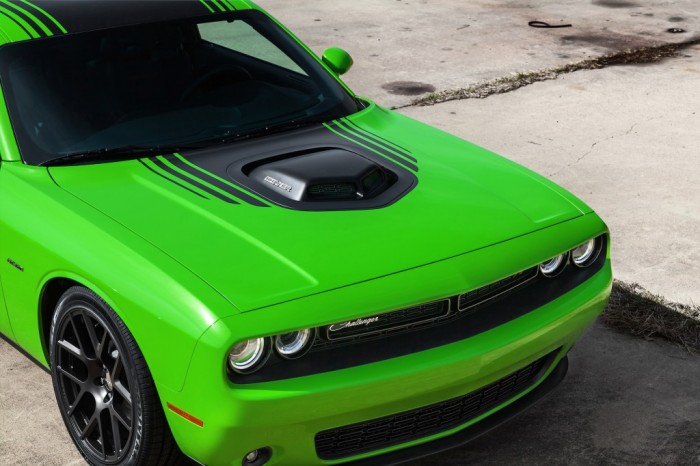 Drivers can also opt for the R/T Scat Pack and 392 HEMI Scat Pack Shaker models. These carry an MSRP of $38,495 and boast both best-in-class horsepower (485 hp) and best-in-class torque (475 lb-ft of torque). These models also feature the “8HP70” transmission, which boosts efficiency 8 percent and eliminates the gas guzzler tax penalty. The multi-view cluster is once again standard and UConnect touchscreen optional. 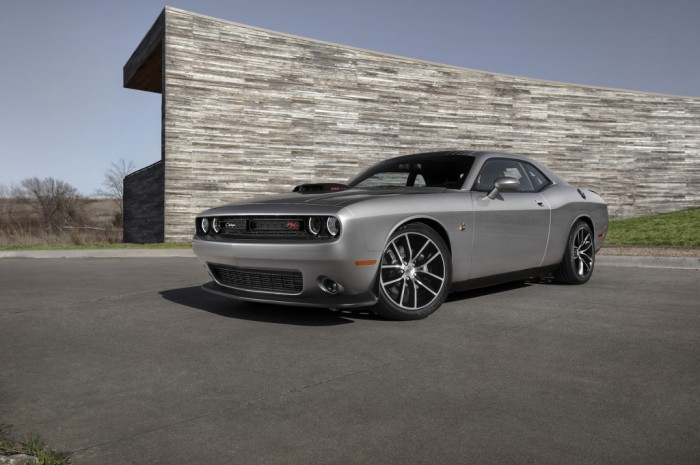 The cream of the crop, of course, is the 2015 Dodge Challenger SRT Hellcat, which we were very pleased to see retails for way less than the horribly overpriced (but still awesome) Chevy Camaro Z/28. The SRT Hellcat carries an MSRP of $59,995. In addition to all the high ratings you’ve no doubt read about, it features the world’s first application of a TorqueFlite “8HP90” ultra-high performance eight-speed transmission. And, of course, the multi-view cluster is standard and the Uconnect touchscreen optional. 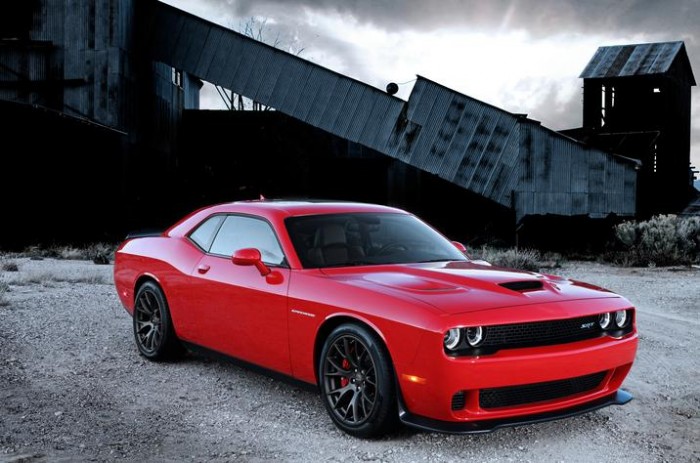 Given the enormity of this muscle car’s potential in the marketplace and the amount of buzz that Dodge has generated in recent months, the 2015 Dodge Challenger pricing model seems reasonably fair for those in need of a bit more muscle in their lives—the kind of muscle a gym just can’t bring them.

The 2015 Dodge Challenger will be available at dealerships this quarter.