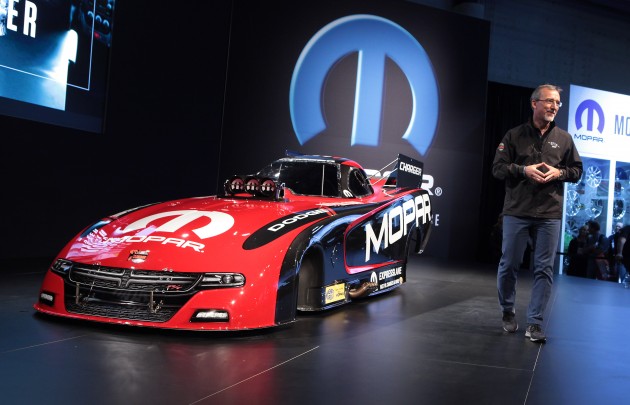 This week at the SEMA Show in Las Vegas, Mopar unveiled the 2015 Mopar Dodge Charger R/T Funny Car, which will make its racing debut at the National Hot Rod Association Mello Yello Drag Racing Series Funny Car competition. The competition will be held at the 2015 Winternationals event at Auto Club Raceway in Pomona, California, from February 5th – 9th of next year. 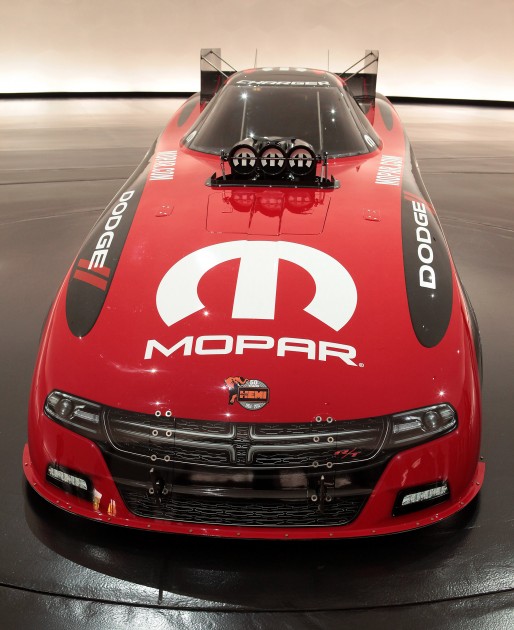 “We’re very pleased to further demonstrate Mopar’s commitment to providing quality performance parts and reiterate our dedication to NHRA drag racing and our Mopar fans with the introduction of this new 2015 Mopar Dodge Charger R/T Funny Car,” said Pietro Gorlier, President and CEO of Mopar Service, Parts, and Customer Care. “The process of designing and building this new race car has been a true collaborative effort between our own engineering team (the same one that designs our production Charger and Challenger street vehicles) and Don Schumacher Racing, and we are very excited with what we have brought to fruition. It’s just another great example of Mopar’s continuing commitment to provide quality engineering and performance parts, while staying true to our roots of racing innovation in a year that we are celebrating the 50th anniversary of the iconic 426 Race HEMI® engine.” 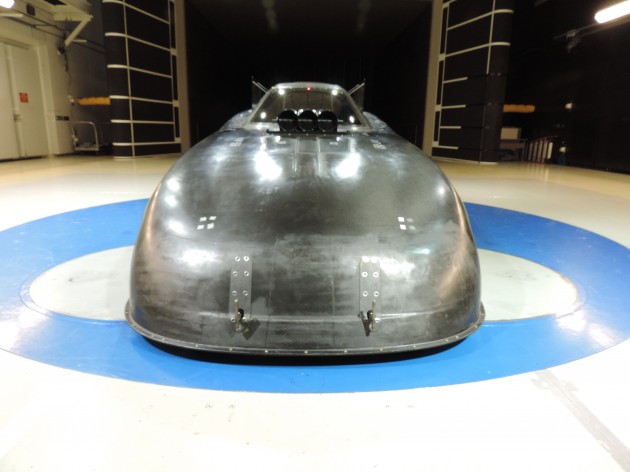 The 2015 Mopar Dodge Charger R/T Funny Car started life on a virtual platform. Project engineers strived to make sure that the car stayed true to its roots in the 2015 Charger, while it still evolved into something more. The Funny Car carries over the scalloped sides of the Charger, as we well as similar rear and front ends.

The design process also tapped the University of North Carolina in efforts to increase both the strength and durability of the model. 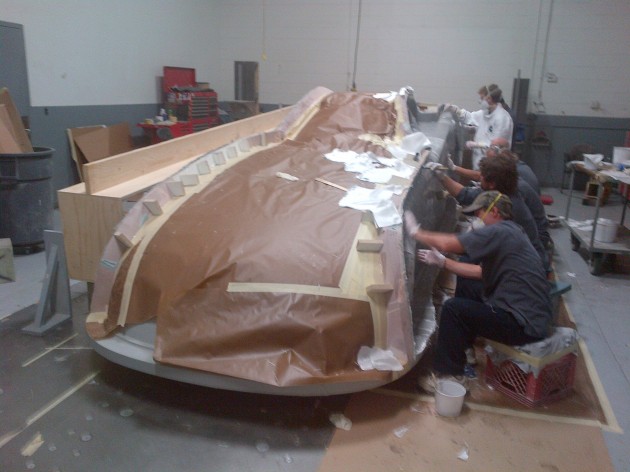 “A lot of effort has gone into developing this new body during the past year, and Don Schumacher Racing is blessed to have the kind of wonderful partners we have with Mopar and Dodge to commit internal expertise and invest in this important project,” said Don Schumacher, owner of the Don Schumacher Racing team based in Brownsburg, Ind. “We have developed a remarkable relationship over the years. Increased visibility, increased downforce and reduced resistance are key elements of this new Dodge Charger body that will enhance performance of our team in both elapsed time and speed.  In nine seasons with the current body, we won 68 national titles and two Funny Car world championships, and we’re looking to excel from there with this exciting new vehicle.”

2015 Dodge Challenger: The Most Bang for Your Buck 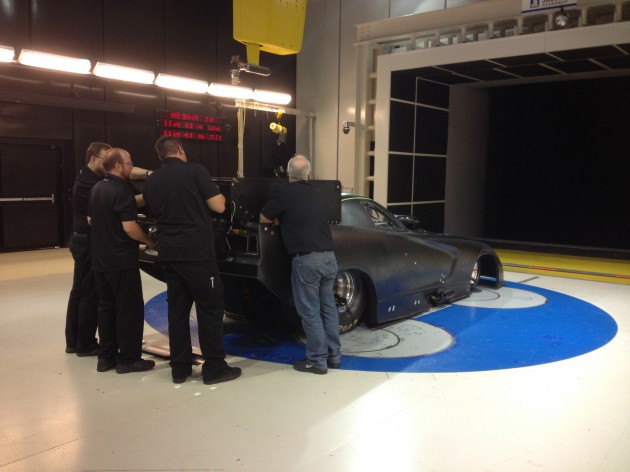 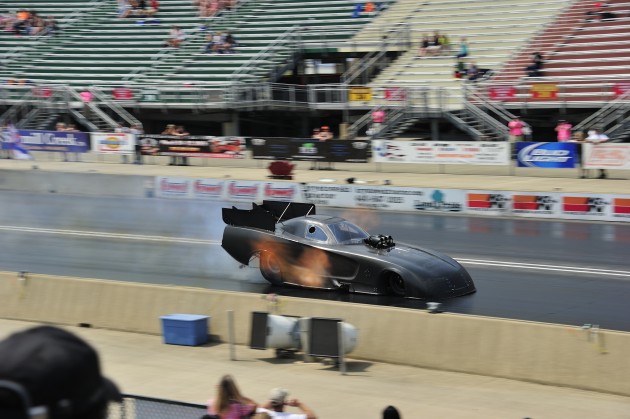 “The opportunity to test drive the 2015 Mopar Dodge Charger R/T Funny Car has been just phenomenal, and I can’t get in it again soon enough,” said Hagan. “The new Mopar Funny Car designers, engineers and our fabrication shop at DSR did just a phenomenal job on this piece. The car — how mean it looks, the way it handles, the way it runs on the race track— is simply amazing.”