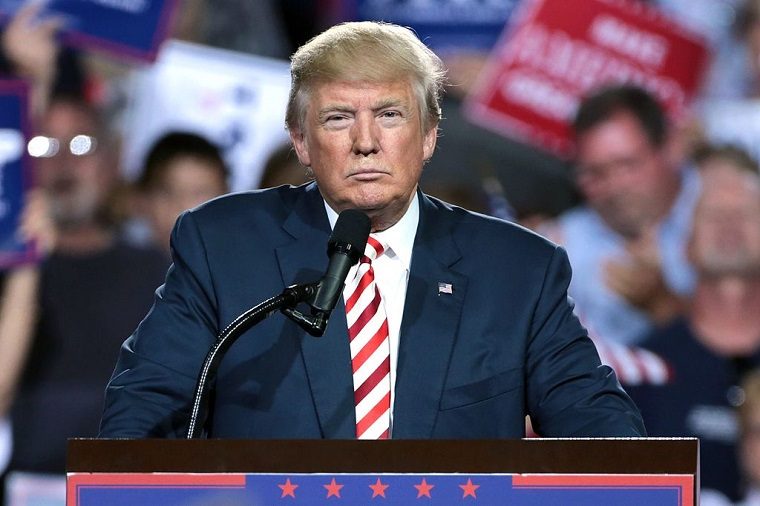 Cadillac just delivered a new armored limousine for President Trump. The Secret Service says the limo transported Trump this week while he was in New York City for United Nations meetings.

The federal government has used Cadillac limos for presidential travel ever since the 1980s. Starting with President George W. Bush’s administration, these limos have been custom-built on truck platforms. Their nickname? “The Beast.”

This latest limo has been in development since 2014, when General Motors won a $15.8 million contract to provide a new presidential vehicle.

Since the new Beast’s whole reason for existence is to protect the president, many of its specifications and features are being kept secret. However, based on previous models, here are four things we know about Trump’s new ride.

President Trump, as seen from Marine One, arrives in New York City for #UNGA pic.twitter.com/p6ZVoamnaS

It’s heavily armored on the outside.

The Beast’s outer armor plating is at least 8 inches thick, and its bulletproof windows are 5 inches thick. The limo also carries Kevlar-reinforced run-flat tires. The gas tank is protected by fire-suppression systems.

The interior is safe, too.

The Beast’s interior is carefully sealed to keep the president safe in the event of a chemical attack, and there’s even an emergency oxygen supply. It also contains emergency medical supplies, protective gear, secure communications equipment, and lots of weapons.

It’s not quite as luxurious as you might think.

Inside the Beast, the president sits on a bench seat covered in blue cloth, not leather (at least the seats are heated, though). He also gets a folding desk.

It has its own posse and its own plane.

Wherever the Beast goes, it’s accompanied by a second limo and by a Chevy Suburban that’s loaded with high-tech communications equipment. There’s even a special C17 Globemaster cargo plane to fly these vehicles wherever the president needs to be.