BMW Reveals the i8 Roadster Model at the L.A. Auto Show

The new i8 variation is due for a spring 2018 release 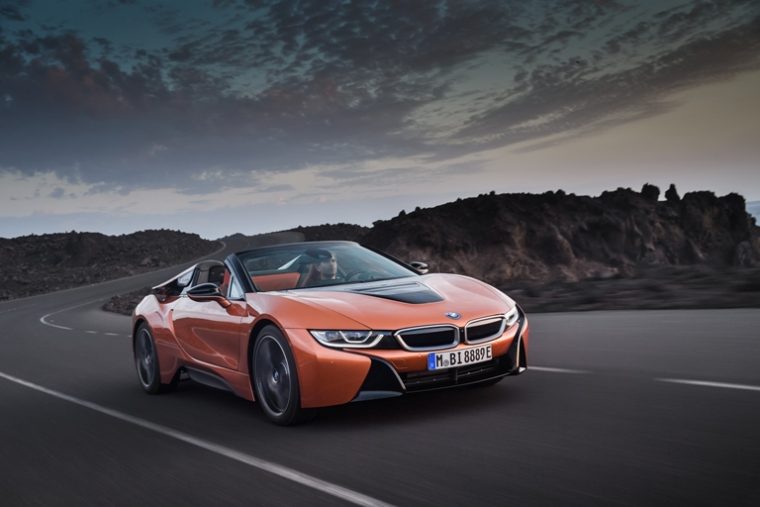 BMW is converting wishes into realities with the latest i8 model

It’s been rumored for quite some time, and has been on people’s wishlist for even longer. Today, the BMW i8 Roadster finally became a reality. BMW just revealed that the 2019 i8 Roadster would be released in spring of 2018.

The new i8 variation was unveiled publicly at BMW’s LA Auto Show press event earlier today. Along with the announcement of the i8 Roadster, BMW also unveiled the more traditional 2019 i8 Coupe model.

The most obvious difference between the two i8 models is the Roadster’s retractable roof. It only takes 16 seconds for the top to be rolled down.

Still, the Roadster offers more differences than just a retractable roof. All-season fabric is fitted throughout the vehicle’s interior, while BMW has employed several soundproofing techniques to make the ride inside a more relaxing one.

BMW has also made some improvements to the i8’s powertrain across the board for the 2019 model year. First and foremost, an optimized eDrive allows the i8 to add 12 horsepower to its performance output, with the final number coming in at 369 horsepower.

The improved powertrain, when coupled with a battery that possesses a higher voltage, extends the range of the roadster and coupe models. Now, the i8 can cover up to 18 miles on electric driving alone. 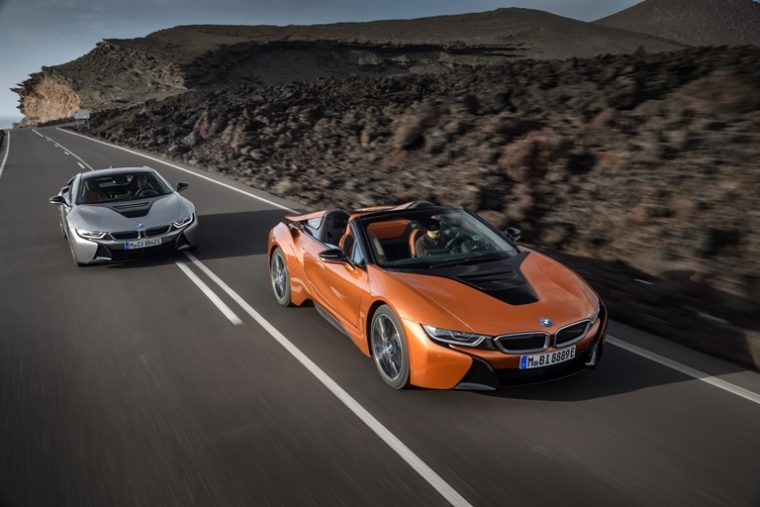 The Roadster is ahead in this picture, even though its acceleration is slightly slower than the Coupe’s

The improvements make the i8 faster as well. preliminary testing shows that the i8 Roadster can accelerate from 0 to 60 mph in 4.4 seconds, with the Coupe variation achieving a 4.2-second 0-to-60 time.

Alas, even with so many details revealed for the upcoming i8 models, their price remains a mystery, with BMW promising to announce the final MSRP closer to the i8 Roadster’s release. Still, its satisfying to see a model that automotive enthusiasts have been wishing for finally come to its fruition.