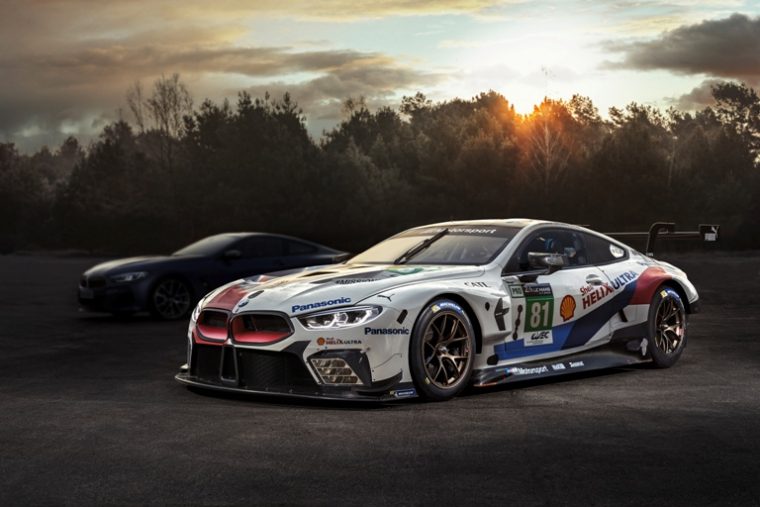 Hopefully the reveal won’t distract from the race

The 24 Hours of Le Mans is classified as one of the most difficult races in the world. The vehicles that racers utilize during this event need to possess power, agility, and endurance if they are to come out on top.

The 24 Hours of Le Mans also serves as a great venue to reveal a vehicle. BMW is taking the opportunity to introduce one of its most highly-anticipated models: the 2019 BMW 8 Series.

It has been years since BMW announced that the 8 Series would be returning to its lineup, and even longer still since the automaker carried a vehicle with the 8 Series namesake. The revived 8 Series Coupe is set to challenge models like the Mercedes-AMG GT Four Door Coupe and the Aston Martin DB11 for supremacy in its segment.

The commercial model of the 2019 BMW 8 Series will be unveiled on June 15, a day before the 24 Hours of Le Mans race begins. Spectators will get to see a preview of what the 8 Series can really do during the race.

BMW will be entering a pair of M8 GTE racecars based on the new 8 Series into the race. It will be the first time in seven years that BMW has participated in the day-long Le Mans race.

“There isn’t be a better setting for the world premiere of the new BMW 8 Series Coupe than the 24-hour race at Le Mans,” says Klaus Fröhlich, board member of the BMW AG, Development. “The race is a pure demonstration of passion, dynamics and long-distance capability. These characteristics define our new sports car in a special way.”

Details about the BMW 8 Series have been rather sparse so far. BMW has revealed several details about the M850i xDrive Coupe trim model, which will feature a new V-8 engine capable of producing 523 horsepower, as well as technologies like intelligent four-wheel drive and an adaptive M suspension.

For more details surrounding this long-awaited BMW model, enthusiasts will simply have to tune into the 24 Hours of Le Mans event next month.