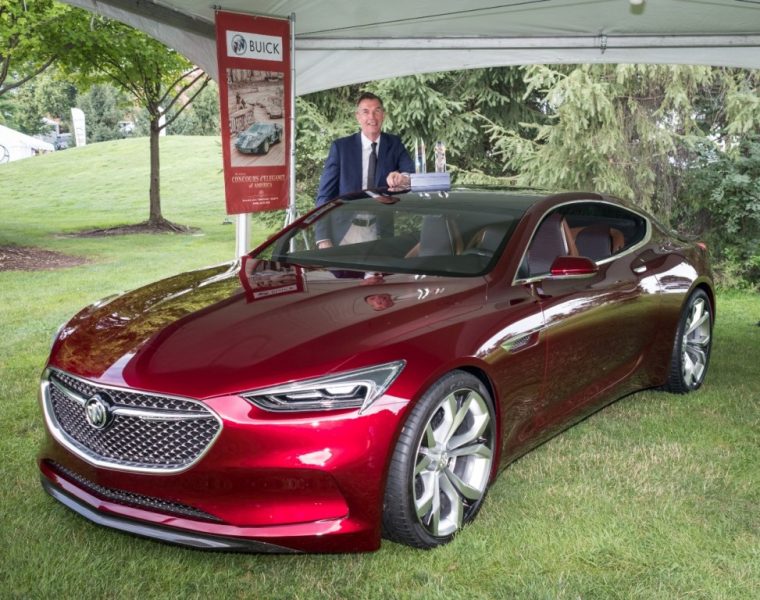 Back in January, the Buick Avista Concept stole the show at the North America International Auto Show and has since gone on to win multiple industry awards, including the EyesOn Design Excellence Award, as well as the Reader’s Choice award for Best Future Concept from The Detroit News.

Fast forward nearly eight months after its debut and the Buick Avista is still pulling in awards. Its latest accolades come in the form of two 2016 North American Concept Vehicle Awards. The honors were for the 2016 Concept Car of the Year and the Most Significant Concept Vehicle of the Year. Michael Simcoe, who is General Motors Vice President Global Design, recently accepted the trophies at the awards ceremony held at the Concours d’Elegance of America in Plymouth, Michigan.

The Buick Avitsa is a 2+2 coupe that features a flowing interior design with sweeping lines that give the vehicle an elegant and futuristic appearance. The exterior of the vehicle is highlighted by a 3-D printed door, 20-inch aluminum wheels, and a unique grille design that features Buick’s new winged tri-shield insignia.

“The design process of the Avista brought the team together to unite around a future direction for the brand and the great teamwork and enthusiasm it generated,” said Bryan Nesbitt, executive director, Buick Global Design. “While looking to the future, we also wanted to honor the rich heritage of Buick by integrating timeless design cues in this beautifully progressive concept vehicle.”

Due to the overwhelmingly positive response that the Avista received from car enthusiasts, rumors swirled for months that the Avista might be produced as a four-door coupe, but Buick’s Executive VP of Marketing, Tony DiSalle, effectively put an end to that gossip back in March when he told Wards Auto “It was purely a concept and meant to generate some buzz. No other plans for now.”

So for now, Buick loyalists will have to make due with only three new models, which are the redesigned 2017 Buick LaCrosse, Cascada convertible, and recently launched Envision crossover.