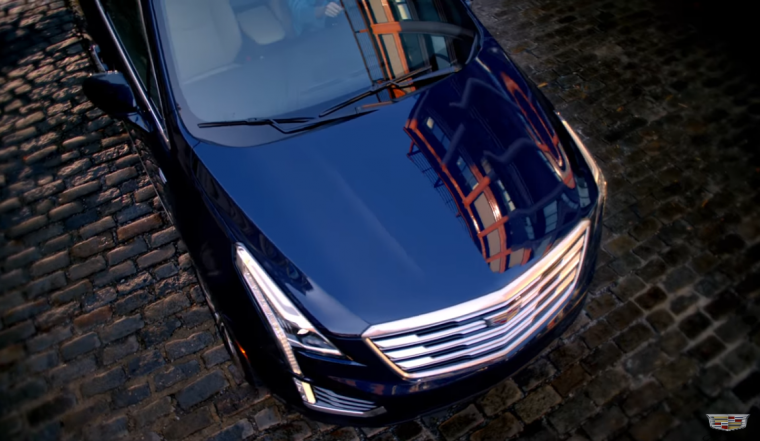 Cadillac recently confirmed that it’s working on an all-new XT4 crossover, which it plans to launch in 2018, but before that happens; the American automaker will remain busy trying to sell the cars already a part of its 2017 lineup, such as the Escalade SUV and XT5 crossover.

It might seem unusual for a car brand to continue releasing new commercials for older cars, but Cadillac is using the time before the launch of the XT4 to express what it calls, “larger brand messages.”

Take for example Cadillac’s new advertisement for the Escalade SUV. This model has been around since 2013, when it was introduced in New York City and has remained largely unchanged ever since, but it still brings in lots of dough for the company, so Cadillac decided to feature it in a new commercial.

New Models: Did you hear new versions of both the Dodge Charger and Challenger are expected in 2020?

Cadillac didn’t do anything particularly mind-bending in the ad, as it features a dark blue Escalade cruising through the city, attracting the attention of nearly everyone it passes, before finally grabbing a parking spot to show off its available Automatic Park Assist technology.

The other new commercial recently released by Cadillac features its best-selling XT5 crossover. Like the Escalade commercial, Cadillac decided to use a dark blue model for this ad as well, but it offers more close-ups of the XT5 to show off what the narrator calls its “sculpted exterior.”

Speaking of this unseen commentator, while he points out several different features for each vehicle, he concludes each commercial with a simple message after asking why Cadillac decides to build such fancy and commanding vehicles.

We guess that’s one of those “larger brand messages” that Cadillac wants to share, as it works to expand it brand in the global market, so it can compete with European heavyweights like Mercedes-Benz and BMW.

Fuel Efficiency Tips: Use these simple tricks to get better fuel economy out of your new Cadillac