When it comes to the horsepower of the Dodge Demon, 757 would appear to be the lucky number 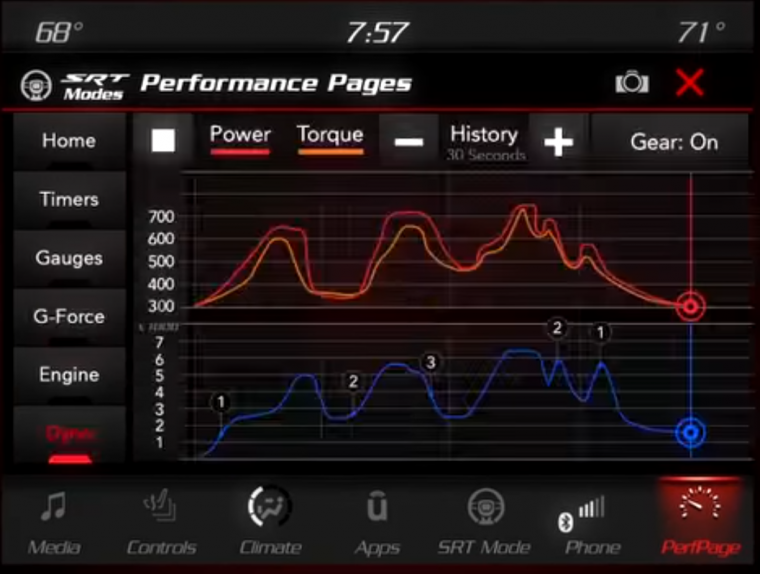 As Dodge keeps repeating: “If you know, you know”

So far, the teaser videos for the Dodge Demon have only revealed small tidbits of information surrounding Dodge’s new performance vehicle. However, intentionally or not, this week’s Dodge Demon video just unleashed the largest amount of information so far, especially if you know where to look.

In fact, the teaser may have just revealed the Dodge Demon information that automotive enthusiasts everywhere have been craving: the Dodge Demon’s horsepower.

Speaking of Horsepower: Dodge Charger Hellcat with Hennessey Tops Out at 1,032 Horsepower

Exactly how much horsepower can the 2018 Dodge Challenger SRT Demon produce? If the clues that the teaser videos have provided are any indication, then the answer is 757 horsepower.

For example, the number 757 is littered throughout the teaser video that Dodge released earlier today. You can watch said video below:

The clock displayed on each one of the “Performance Pages” shown reads 7:57. A number featured so prominently must be pointing to something important.

This isn’t the first time that the number 757 has been featured while promoting the Dodge Demon, either. Released alongside the “Crate” teaser video from last month was an clearer image of the  crate that houses the Dodge Demon’s custom parts.

The serial number on the crate reads 0757. 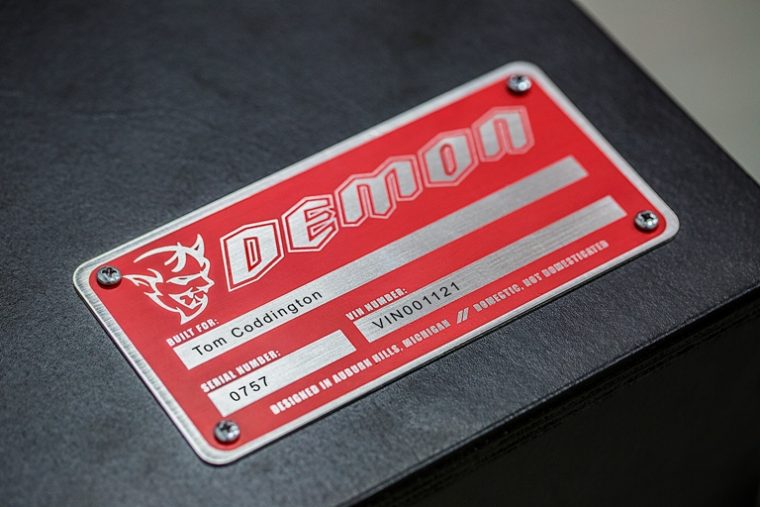 However, perhaps the most damning piece of evidence is once again found in today’s teaser video. At the end of a video, a series of “Performance Pages” screenshots rapidly flashes across the screen.

Look carefully at the page labeled “Dyno” and you can actually see the horsepower being graphed.

If this estimate is to be believed, then the 2018 Dodge Challenger SRT Demon will produce an additional 50 horsepower when compared to the current Dodge Challenger Hellcat model, which already produces an impressive 707 horsepower. While many Dodge enthusiasts were predicting, or perhaps hoping for, a higher level of horsepower, this 757-horsepower estimate seems to be a little more grounded in reality.

Don’t Forget About Torque: What Does a Car’s Torque Mean?

Horsepower isn’t the only thing that the “Performance Pages” teaser may have leaked. In the same series of screenshots, you can see the times recorded for traveling from 0 to 60 mph and 0 to 100 mph. 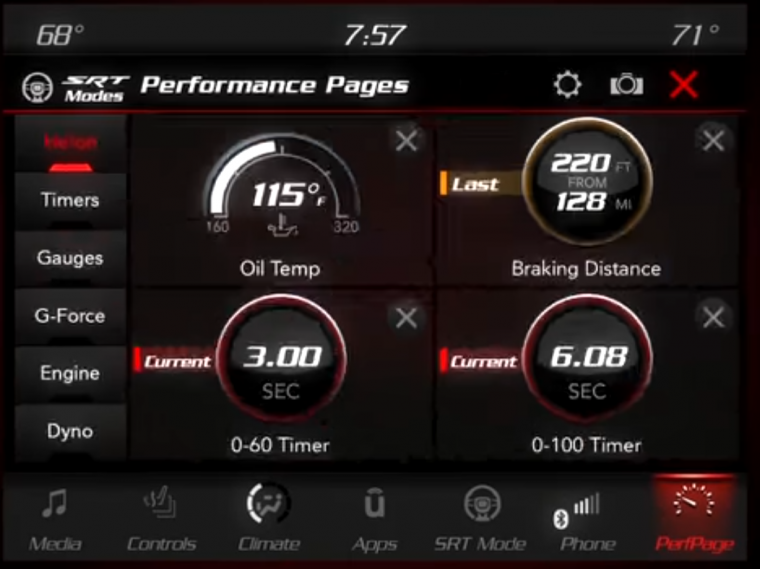