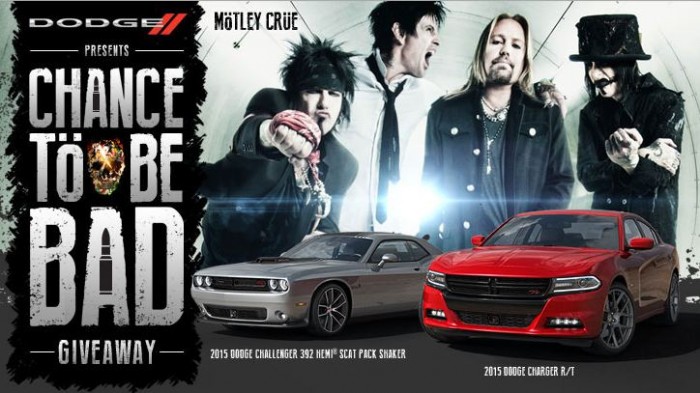 Last month, Chrysler Group launched the Dodge Chance to Be Bad Sweepstakes, in which one lucky winner will take home either a 2015 Dodge Challenger or a 2015 Dodge Charger. If you don’t get the grand prize, however, you can at least hope for the first prize, in which the winner and a guest will meet the members of Mötley Crüe during the Final Tour (yes, they’re still doing things), get a backstage and onstage tour, receive an autographed Fender guitar, and more. Ten runner-ups will receive an autographed Fender guitar and another 40 winners will receive a pair of tickets to the Final Tour.

The 2015 Dodge Challenger 392 HEMI® Scat Pack Shaker up for grabs is powered by a 6.4-liter HEMI V8 that lays out 485 hp; the engine is paired to a TorqueFlite® eight-speed gearbox. It features Brembo® four-piston high performance brakes, launch control and driver configuration models, a heritage inspired interior, a 7-inch TFT reconfigurable digital cluster, and an 8.4-inch touchscreen media center with Uconnect Access. 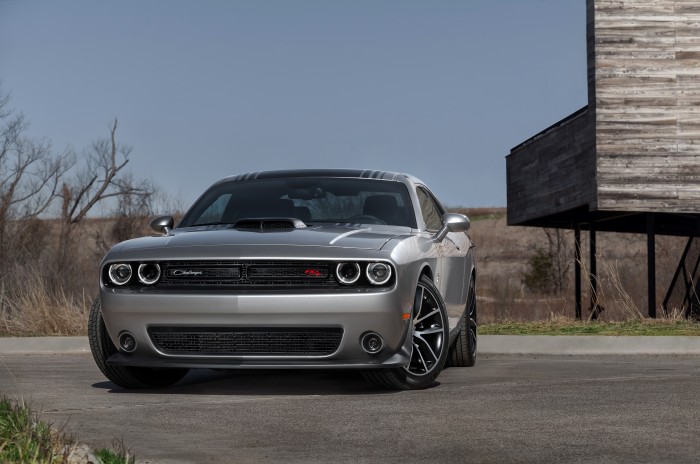 The 2015 Dodge Charger R/T also sports the TorqueFlite eight-speed transmission, mated to either a Pentastar® V6 (good for 300 hp and 31 mpg) or a HEMI V8 (good for 370 hp). It also features the class-exclusive digital cluster and the class-exclusive touscreen media center, as well as more than 80 safety and security features. 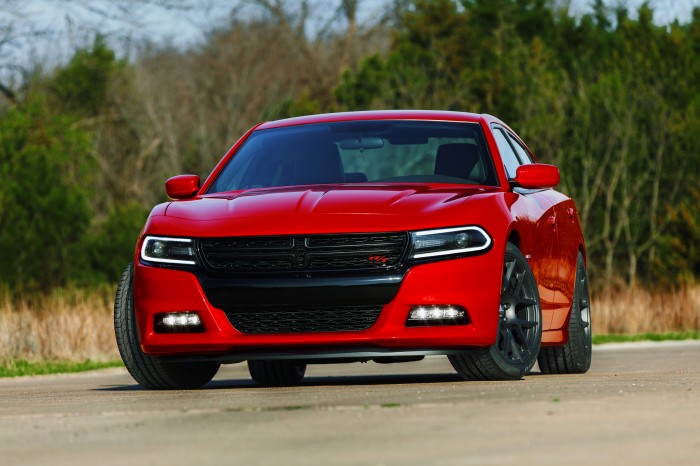 You can enter to win at the Dodge Chance to be Bad Sweepstakes site by watching a video, registering, and sharing. But hurry—the sweepstakes closes on July 1, 2014, at 5:00pm PT.

And we promise, the video you have to watch is worth it. If you don’t believe us, check it out here before committing to enter: