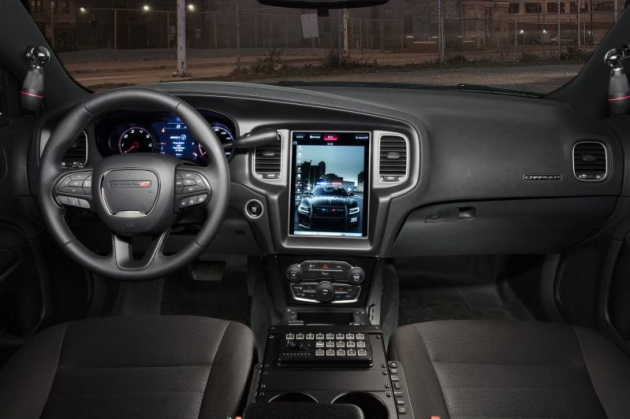 Police officers can now say “goodbye” to their chunky dashboard computers—and “hello” to the touchscreen of their dreams. Dodge recently revealed its new 2016 Dodge Charger Pursuit police car and it puts other police cars to shame.

What truly makes this new crime-stopping vehicle a notch above the rest is a giant 12.1-inch Uconnect touchscreen display that is fully integrated with the dashboard. Since the Charger first arrived on the market, many cops have complained about the lack of room in its interior once the onboard computer is added in—now, they won’t have this complaint. 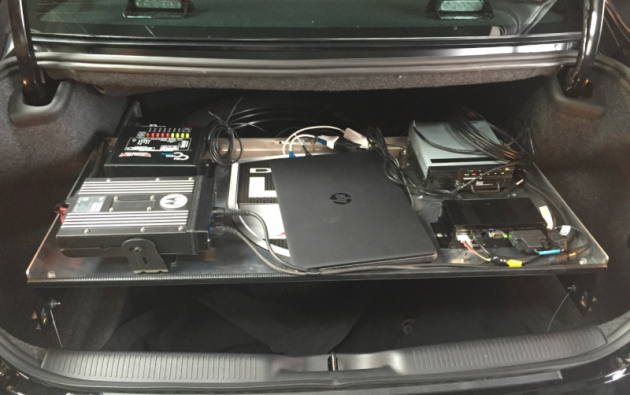 The extra shelf is perfect for storing other computers and laptops

The integrated touchscreen takes away the safety concern many dashboard laptops present, moving the technology away from the airbags and providing even more room. Because of this integrated touchscreen, other laptops and computers can sit on a shelf in the rear of the car. This shelf slides backward and forward, allowing the police officer to utilize it when he or she wants to. It even locks into place, keeping everything safer.

Not only is this touchscreen mighty pretty, but it is also extremely useful. It allows cops to communicate with dispatch and other cop-oriented activities—it might even allow them to order donuts. Well, not really. But wouldn’t that be great?

This 12.1-inch touchscreen isn’t as large as Tesla’s 17-inch screen, but it’s still quite impressive. Now, only if it would show up in the mass production Chargers, too.