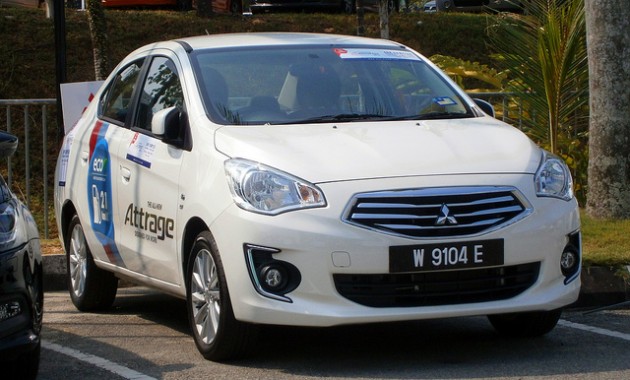 We recently did a piece on how Mitsubishi and Chrysler have worked together in the past through their joint venture, Diamond-Star Motors, but we learned that the friendly collaboration between the two companies is far from over. As it turns out, Mitsubishi lets Dodge rebadge their Attrage sedan as the Dodge Attitude, and it’s only sold in Mexico.

While the cheapest Dodge in the US is the Dart at $16,495, you can pick one of these puppies up for just $10,558 in Mexico. It’s powered by a 76-horsepower three-cylinder with a choice between a five-speed manual or continuously variable transmission.

It comes in two trim levels south of the border–SE and SXT. Standard equipment is quite impressive, however, for a car this cheap. It offers keyless entry, push-button start, power locks and windows, and a stereo system with two speakers and iPod compatibility. Opt for the SXT and you’ll enjoy air conditioning and a better, four-speaker audio system.

Do you know of any other strange rebranded cars sold in other markets? Let us know in the comments.