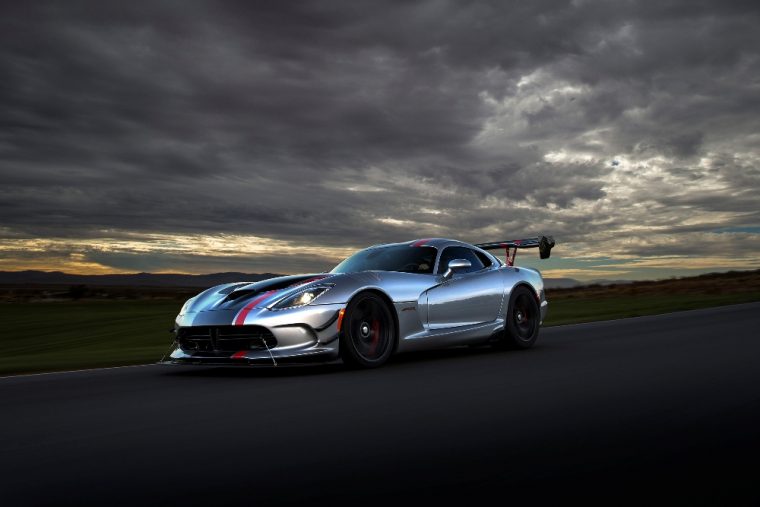 In its final year of availability, the Dodge Viper has become such a hot commodity that FCA actually stopped accepting orders so it could determine how many more of these supercars it could produce.

Demand for the track-oriented Viper ACR model has been so high that FCA stopped accepting orders for it on September 27th. This was because the automaker had a lack of hand-built carbon fiber rear wings needed to complete the vehicle. Dodge then stopped taking orders for the normal Viper on October 7th due to a shortage of headlights.

Fuel For Thought: Learn about the benefits that come with buying a new Dodge Viper

The good news for Viper fans is that Dodge CEO Timothy Kuniskis recently told The Detroit News that Viper ordering will be reopened before 2016 comes to a close. However, he did make it known he expects the remaining models to sell out quickly.

While Dodge has only sold 447 Vipers this year in the United States, the car was included on Hagerty’s annual Hot List of future collectibles. With this is mind, one dealership placed an order for what it thought would be the final 135 Viper sports cars ever produced. The dealership even created three of its own limited-edition models using the automaker’s one-of-one program.

Every 2017 Dodge Viper comes equipped with a 8.4-liter V10 engine good for 645 horsepower and 600 lb-ft of torque. In addition, consumers can choose between 18 interior trims, 11 unique wheel designs, and numerous exterior color options. The Viper sells for approximately $90,000-$121,000 per car.

There’s been speculation the Viper nameplate could reawaken at some point in the future, but the Viper that we know today will not be produced past the 2017 model year.

If you’re serious about getting one of the last Dodge Vipers, then you better start calling dealerships in your area today so you can order one of the remaining models.

Rather Have Something More Practical? Check out RAM’s new Power Wagon for 2017