Ferrari SF15-T Formula One Car Soon Available in Your Home 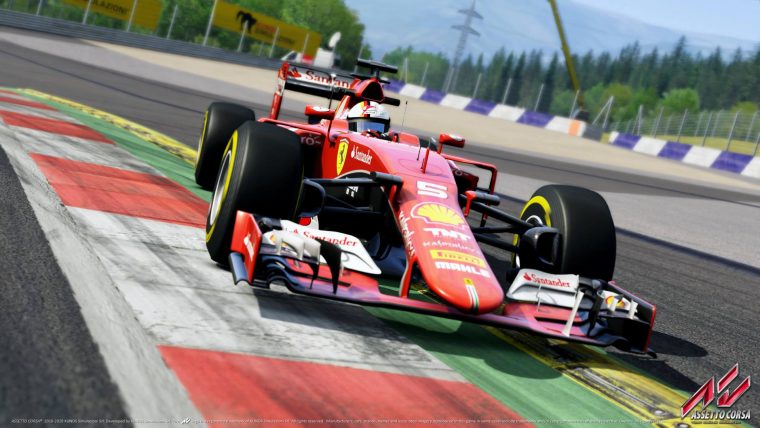 If you were to take a glance at some of the content I’ve written for this site, you would quickly learn that two things I love are Formula One and simulation racing. You might imagine, then, that I would be ecstatic at the announcement that the Ferrari SF15-T—the car used by Sebastian Vettel and Kimi Räikkönen during the 2015 Formula 1 season—is coming to Assetto Corsa, the racing sim I play the most. And you’d be right. But you might also wonder: aren’t there F1 cars in games already?

And the answer is: yes, but it’s complicated. The most notable virtual F1 cars are the officially licensed versions in the Codemasters F1 games that have been released annually since 2009. They have all the cars and a full career mode designed to put you in the seat of a new driver aspiring to get to the top. So what’s so complicated about that?

The thing is, I have played the Codemasters F1 games already. I played F1 2012 briefly before moving on to the 2013 installment, which I played competitively in a league for about a year. But that was also around the time that I started getting my feet wet in simulations; and the more I got into sims, the more I became unsatisfied with the simplistic and overly forgiving handling in the Codemasters games. And there’s a whole community of simracers who feel the same way.

Unfortunately, beyond those in the Codemasters titles, there aren’t many modern F1 cars for gamers to enjoy, and even fewer for simracers. Codemasters are the only developers with an official FIA license, which means that almost no one else has made a proper effort at recreating any of the cars in a simulation. There have been mods for various games, certainly, but those never quite hit the mark.

Before, the only truly accurate modern F1 car you could drive in a sim was the McLaren MP4-30 in iRacing, but that game has a payment model that, frankly, completely puts me off from playing it.

And let’s be honest, the prospect of driving (even virtually) a 2015 Ferrari F1 car, which was runner-up in last year’s constructors championship, is more exciting than the prospect of getting behind the wheel of the disappointingly slow Honda-powered McLaren.

The SF15-T will be bundled with “The Red Pack” DLC for Assetto Corsa that launches on July 14, which will also include the legendary Maserati 250F 6C, the Lamborghini Aventador LP 750-4 Superveloce, a laser-scanned version of the Red Bull Ring in Austria, and five other, as-of-yet unannounced cars. It’s about time.