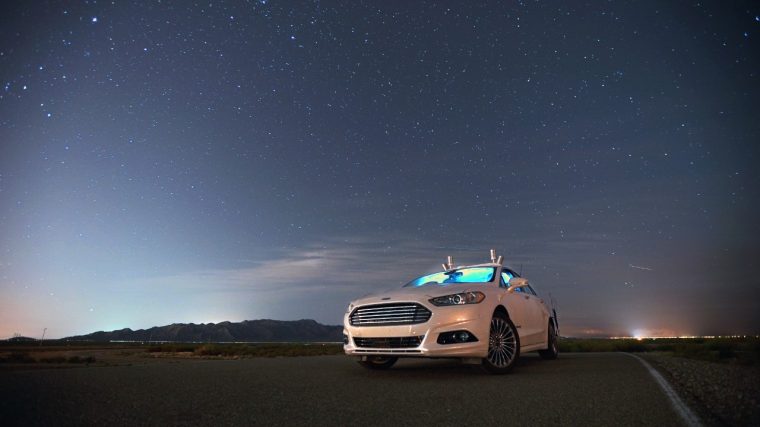 If we’re being honest, the prospect of self-driving cars seems a bit daunting. We’re all about the safety advantages the technology will hopefully offer, but it remains to be seen how comfortable we will really be letting go of the wheel. Ford has made an announcement that is sure to make the more skeptical of us a bit panicky: The automaker has plans to not only be autonomous by 2021, but to have cars without a steering wheel or pedals.

The concept isn’t brand new, as Google’s autonomous “koala cars” never had steering wheels or pedals. However, drivers that are wary of computers driving for them might have been more reassured if there was something they could use to take control back in a bad situation. Removing ways for human occupants to control a vehicle with is putting complete confidence in the technology and engineering of a vehicle.

According to Mashable, Ford’s plans for this completely autonomous car include it being mass-produced, available for ride sharing, and accessible to drivers beyond the luxury market. The vehicle is yet to be named, and Ford has stated that the vehicle will handle all aspects of the driving experience in an area that has been 3D mapped by the automaker. Riders will be able to take a ride in the vehicle like they do in a traditional taxi or Uber vehicle, but only within the areas that have been mapped out by Ford.

Ford also announced that it was investing in several companies that specialize in the technology needed to help make the 2021 goal attainable. The company has been working on autonomous technology for a while now, with several features like Active Park Assist deriving from its efforts. Hopefully five years is enough time to perfect the systems needed to drive with no driver input.