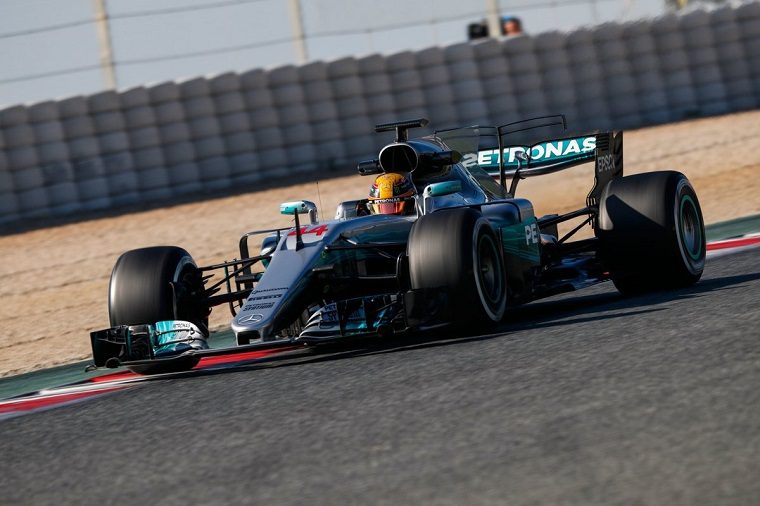 Week 2 of pre-season testing for the 2017 Formula 1 World Championship has ended, which means we won’t see the cars on the track again until the first practice session of the 2017 Australian Grand Prix later this month.

What it also means is that we’ve now had a solid glimpse of what the new cars look like, what they’re capable of, and more importantly, whether the pecking order has been shuffled around comparing to 2016, which many were hoping.

As I mentioned in the week 1 recap, lap times are not a good way to tell where the teams stand. There are too many unknown variables at play to know for sure whether a lap time is truly relevant of a team’s pace relative to another, such as the amount of fuel on board, whether the engine is being run at full power, the hybrid mode in use, or even the kind of tests a team might be running.

What we do know from the lap times is that the cars are much, much faster than they have been in years, as they are already shredding lap records without breaking a sweat (one also imagines that the drivers, incentivized to keep the cars intact so the teams can keep testing, are not pushing as hard as they can).

Still, lap times can be relevant if a significant gap is always present between certain teams regardless of the tires used; for instance, Ferrari and Mercedes were consistently quicker than Toro Rosso and Sauber throughout the weekend no matter what kind of tests they were running. Smaller gaps, however, probably don’t tell the full story.

The most important information we gathered from the two weeks of testing is that the Mercedes engine is still as reliable as ever. The Mercedes team itself was the only one to complete more than 1,000 laps over the course of the eight testing days and Mercedes engines, used by three teams in total, covered a distance 47% greater than that of the next engine in line. 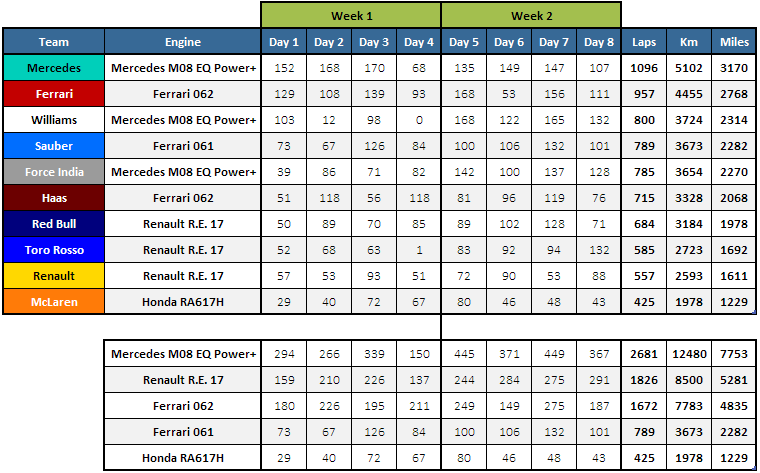 Yet here again it would be hasty to make any hard conclusions. The Mercedes, Renault, and Ferrari engines all put in significant mileage (and Ferrari with only two teams to boot), with Renault experiencing only minor gremlins; the French manufacturer is also planning to bring a major upgrade to the Australian Grand Prix.

In other words, the only thing pre-season testing has told us for sure is that McLaren Honda is once again in the crapper. Not only did McLaren put in the least amount of testing laps of any  team with the only Honda engine on the grid, it also constantly broke down and the team was never seen completing more than 10 laps at a time.

Then again, Red Bull completed even fewer laps in 2014 and ended the championship in 2nd place, so McLaren Honda may yet surprise us. I personally hope so, because I’d love to see Alonso and Vandoorne hash it out in a competitive car…but I sincerely doubt it will happen.