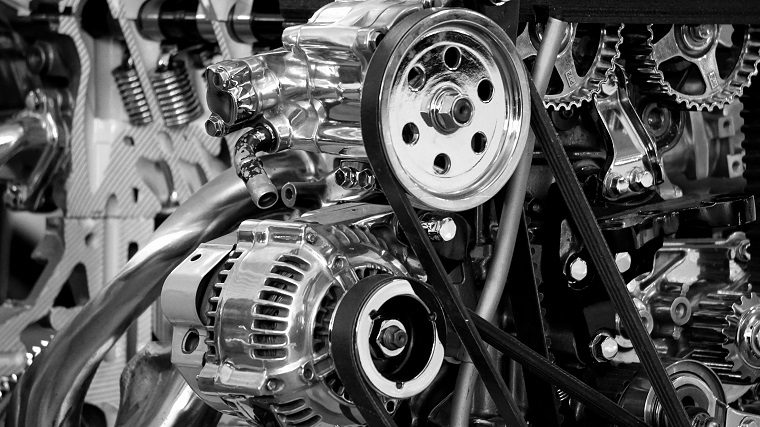 Chase Carey, Formula One’s new CEO, has made clear his vision for the future of the sport, one where engines are “louder, cheaper, better.”

“We are already putting some initiatives in place,” Carey told Germany’s Auto Bild. “One is the engine. Hats off to Mercedes, who mastered what we have now, but the difference in performance is too great. So we want to simplify things with the motto: louder, cheaper, better.”

Formula 1 currently uses 1.6-liter V6 hybrid turbocharged engines that use both a kinetic energy recovery system (MGU-K) and a heat energy recovery system (MGU-H) to make upward of 900 horsepower. Before these power units were introduced in 2014, one key goal for the future of F1 had been to reduce the costs of running a team in the hopes that smaller teams could thrive rather than be crushed under the weight of well-funded names like Ferrari and Red Bull.

But even as the maximum number of power units permitted per year was cut down, costs went up. The complexity of the power units had two major consequences: they were incredibly expensive to engineer and they led to great disparity of performance within the F1 grid. Mercedes came out of the gates in 2014 far ahead of its rivals and rode that momentum to three dominating championship wins with very little competition. Only now, in 2017, has Ferrari finally closed the gap, and even still the Italian team is suffering at tracks where greater engine power can tip the scales.

“Another area is costs,” Carey continued. “There are teams that spend $500 million a year right now, while for others it’s $100m. This hinders and distorts the competition. The goal must be that the teams can make money in the sport, but the truth is that at the moment no team is making a profit.”

It seems odd that even Mercedes, with three recent championship victories under its belt, isn’t making any money from Formula One, but Carey is right—they haven’t, and neither are the other teams (though they do gain back a lot from advertising and using F1 as R&D for production vehicles).

Another criticism of the power units has been their relative lack of excitement. Formula One was once known for its V10 engines that screamed up to 20,000 RPM. Hearing the races live was akin to nothing else. By comparison the V6 engines sound tame and a little too much like snarling vacuum cleaners.

No one is sure yet what engines F1 will use in the future. For now a 1.6-liter twin-turbo V6 with MGU-K and no MGU-H is the favored option and may be introduced in 2021.