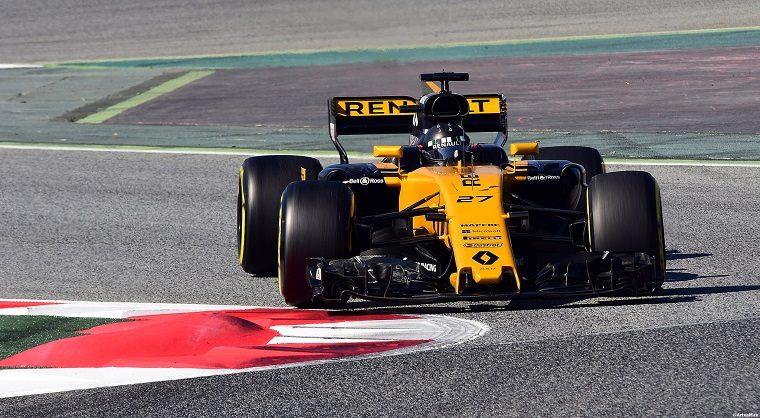 A month ago the FIA said it would study how the new 2017 regulations are impacting on-track overtakes in Formula 1 and consider altering how the drag reduction system (DRS) works. Despite fewer overtakes at all three Grand Prix that have taken place so far this year, the FIA has decided to leave DRS unchanged for the rest of the season.

While 116 on-track passes have been recorded so far this year, this represents only about a third of the 308 passes that had been recorded at the same time last year. This validates the fear that many drivers and fans had expressed about the new aerodynamic regulations designed to make the cars significantly faster but also more downforce-dependent.

With more downforce comes more “dirty air,” a phenomenon that makes it difficult for cars to follow each other in corners. But the 2017 cars also benefit from increased mechanical grip, which doesn’t adversely affect nearby cars, so before the season had begun there had still been hope this would help negate the effects of dirty air.

Yet as the numbers show and as drivers have reported, it is indeed more difficult than ever to follow cars ahead. Three-time World Champion Lewis Hamilton has been vocal about how hard it is to have proper wheel-to-wheel battles. But the fans haven’t been disappointed, which is likely the reason the FIA has chosen to leave DRS unchanged.

Because it has proven more difficult to remain close enough to complete DRS-assisted overtakes on the straights, the drivers have had to resort to more creative and risky passing maneuvers—which, for the fans, is always exciting. So while there have been fewer overtakes overall, more of those overtakes have felt meaningful and deserved.

The excitement may not last forever, though. Despite the close competition between Mercedes and Ferrari during the first three races, none of their battles involved on-track overtakes and were instead settled through pit strategy.

It’s likely the only hard-fought wheel-to-wheel action we will see this season will not be between cars of similar capability but rather between cars with a significant pace difference. Four-time World Champion Sebastian Vettel, for instance, had to work quite hard to overtake his slower teammate and then Daniel Ricciardo’s Red Bull at the Chinese Grand Prix despite being in a much faster Ferrari. One could view this as problematic as a DRS-assisted overtake, considering the Ferrari should have been fighting with the Mercedes at the front, where it “belonged.”

Unfortunately, given Formula 1’s obsession with downforce and complex front wings, the dirty air problem doesn’t seem to be going away any time soon.