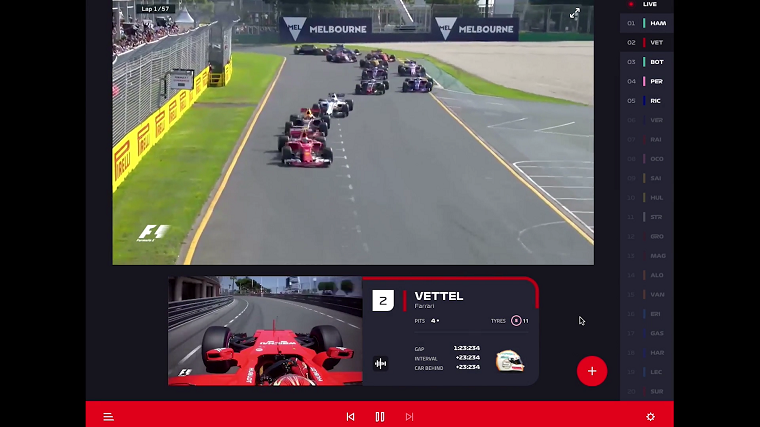 Formula One has just announced it will launch a new live Grand Prix subscription service called F1 TV, finally bringing the fans what they’ve been requesting for years: a way to watch F1 without depending on cable.

The announcement says the over-the-top (OTT) service will launch “early” in the 2018 F1 season, suggesting it may not be ready in time for the season’s first Grand Prix set in Melbourne, Australia, though given the small amount of time there has been to build this service from scratch, this is not surprising.

When it does launch, F1 TV will offer fans access to every practice, qualifying, and race session, alongside pre- and post-race interviews as well as press conferences. Subscribers will also have access to live races of the main support series taking place over the same weekend, including Formula 2, GP3 Series, and Porsche Supercup races.

Did You Know? Millennials love RVs, and this is why

The race coverage will be free of commercials and subscribers will be able to view all 20 driver on-board cameras throughout every race session, as well as view head-to-head battles of their own choosing. “F1 TV Pro will have unique feeds not available on any other platform with the capability of multi-level personalization,” says Formula 1.

The service will be desktop- and web-based at first and will be rolled out to Apple, Android, and Amazon mobile and TV apps later. At launch it will be available in four different languages (English, French, German, and Spanish) and will appear in nearly two dozen markets, including the United States, France, Germany, Mexico, Austria, Belgium, Hungary, and “much of Latin America.”

According to Formula 1, “pricing for F1 TV Pro will be offered on a monthly basis of USD$8-$12, and annual rates will be priced according to market.” All told, this seems remarkably affordable and a big step forward for Formula 1.

RVs 101: Everything you need to knwo