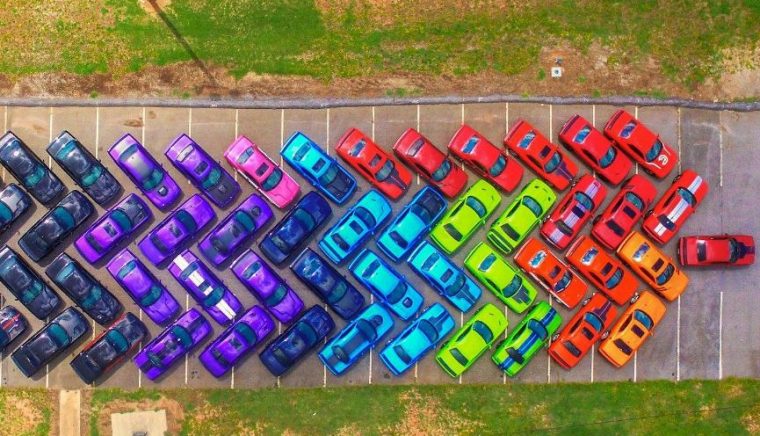 A Georgian car club created a rainbow out of Dodge Challengers
Photo: Facebook

Skittles might want to make you taste the rainbow, but one car club in Georgia will make you want to be the rainbow. During a gathering of the Peach State Challengers, a Georgia-based car club that is all about the—you guessed it—Dodge Challenger, the members put together their 76 Challengers in the ultimate display of color.

It’s no secret that the Dodge brand is one of the few carmakers in the industry that has a slew of bright, bold colors to choose from. Ranging from its Go Mango orange to its Plum Crazy purple, the options are endless. Even the stripes can highlight an owner’s penchant for bright colors. Needless to say, Dodge is the ultimate brand for those individuals that love high-performance power and unique colors. 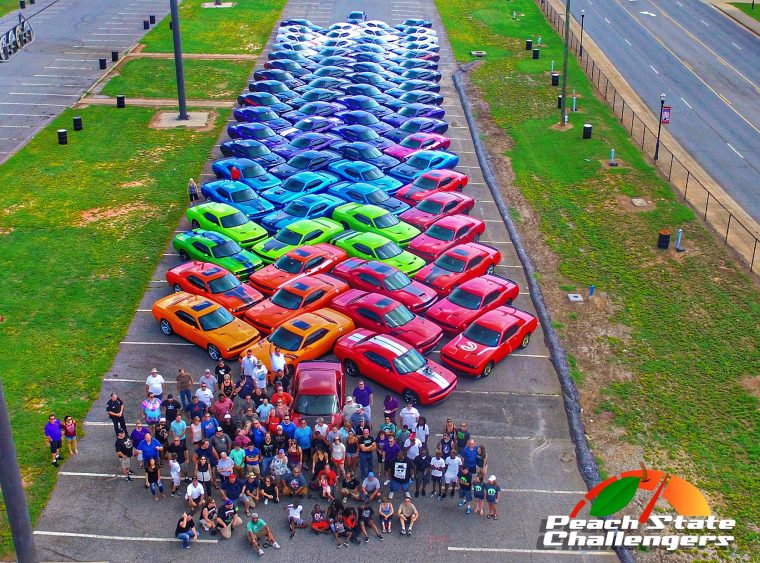 The brand’s wide range of colors allowed the Peach State Challengers to create an actual rainbow. At a massive fairground, the group made a rainbow of Challengers to highlight its collection of vehicles. This rainbow was set up in a complex interconnecting layout that adds a touch of aesthetics that makes this colorful display even better.

The Ultimate in Performance: Check out what the 2017 Dodge Challenger Hellcat has to offer

The club members have cars that range from every color in the brand’s repertoire. It even has two members that have bright yellow Challengers but, alas, they were not able to make it to the final photo shoot.

Take a second and just enjoy the beauty of a Dodge Challenger rainbow. 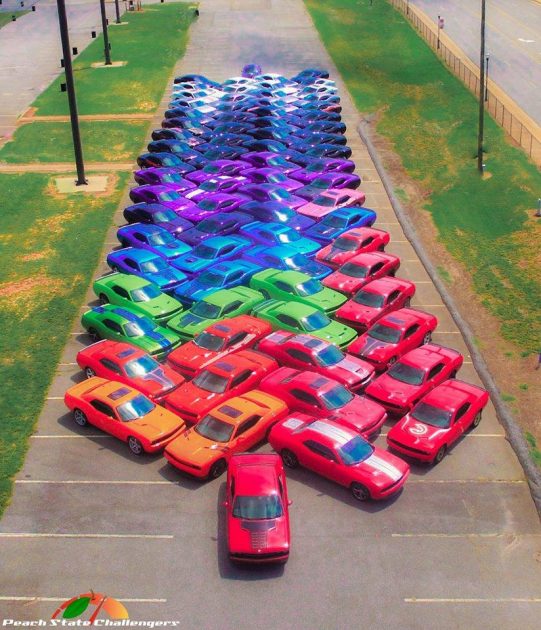