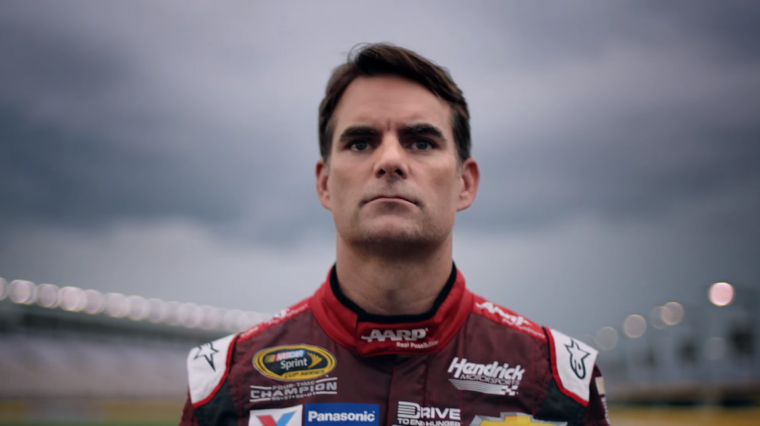 In his 24-year NASCAR Sprint Cup Series career, how many left turns do you think Jeff Gordon has made? Over the course of 791 races, we would imagine he’s racked up quite a few.

Whatever the exact running tally, the retiring Chevy driver will make his very last one at this year’s season closer at Miami Homestead, a bittersweet fact that Hendrick Motorsports paid tribute to during last weekend’s Bank of America 500 at Charlotte Motor Speedway with a commercial entitled “One Last Time.”

The “24EVER” tagline is a cool nod to Gordon, which we assume was inspired by the “RE2PECT” tributes given to retiring Yankees shortstop Derek Jeter last year (and, to a lesser extent, the laughable “#FORG1V3” hashtag people used in reference to disgraced Yankees shortstop Alex Rodriguez).

If you have a real hankering for Jeff Gordon tributes, you’re in luck—although this is the latest, it’s certainly not the only one. Chevy let him drive the Corvette pace car at the Indy 500, John Force paid homage to Gordon’s iconic #24 car by giving his Funny Car a similar paint job, and there’s even a time-lapse video of Gordon’s #24 Chevrolet SS getting its very last paint job.