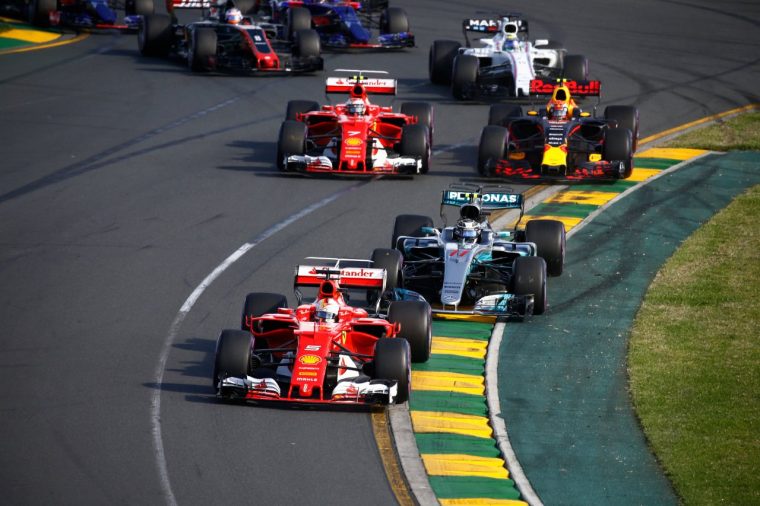 2021 is set to be a major turning point for Formula One. It will mark the start of the next major era in terms of technical regulations, introduce a new $150 million budget cap for the teams (as long as the proposal endures till then), and with Liberty Media now at the helm, 2021 will feature significant changes to the Formula 1 prize structure, altering the way prize money is distributed and giving smaller teams a better chance at taking on well-funded giants like Mercedes and Ferrari.

To understand just how the Formula 1 prize structure will change, it bears looking at the way it works at the moment. The chart below represents an estimation of the current prize structure, based on a hypothetical $1 billion total prize fund (for comparison purposes—the actual prize pool is closer to $900 million). All figure shown are in $m. 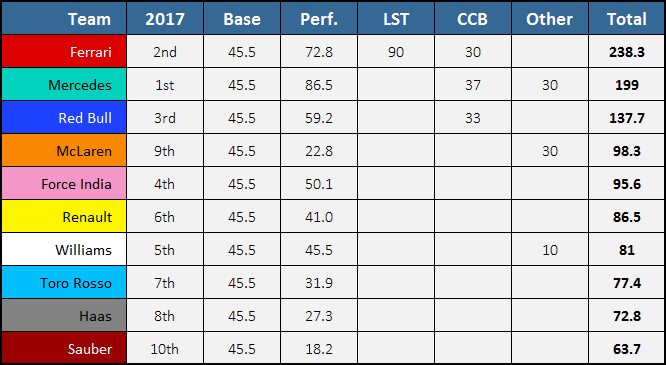 Under the present structure, half of the prize fund is distributed evenly to the top 10 teams. As there are only ten teams currently competing in F1, this guarantees that all of them get this minimum amount at the end of the year. The other half of the fund is then split between the top 10 teams based on their championship performance that year, with the top team getting 19%.

Additionally, Ferrari gets a $90m Long Standing Team (LST) payment for having stuck around through the sport’s ups and downs since its inaugural year in 1950 and for committing to staying till at least 2020…and likely for bringing in about half of F1’s viewership. Half of the LST bonus comes out of the total prize pool.

McLaren and Williams also receive $30m and $10m heritage bonuses, respectively (McLaren has been in F1 since 1966 and Williams since 1977; along with Ferrari, they are the oldest teams in the sport).

There are additional bonuses, the most important of which is the Constructor Champions’ Bonus (CCB), which rewards the three teams that have scored the most race wins in the previous four seasons (in this case, 2013 to 2016). Strangely, this is not based on the number of wins but rather on hierarchy, meaning that proportionally, Mercedes gets only a small amount of extra cash compared to Ferrari and Red Bull relative to its significantly higher race victory count.

Finally, if a team manages to get two consecutive championship wins during the CCB period, it also gets a one-off payment of $30 million, which has greatly benefited Mercedes since 2014.

Now let’s take a look at how the teams would be paid in 2021 if the final championship standings looked the same as last year. Once again, this is based on a hypothetical $1b prize pool.

The CCB prize money and double-championship bonus will be scrapped, as well as the heritage bonuses received by Williams and McLaren. Though Ferrari will continue to receive an LST payment, it will be cut down to a $40 million sum that must be written to group profits.

Half of the prize money will again be split evenly between the teams, while the other half will also be split based on championship performance, except that the distribution will be narrowed between the top and bottom teams compared to the current system, with the top team getting only 14% of the share instead of 19%.

As a result of these changes to the Formula 1 prize structure, the top team would make only about double the amount earned by the bottom team instead of nearly four times as much. The last chart makes it easier to see who are the winners and losers of the new arrangement. 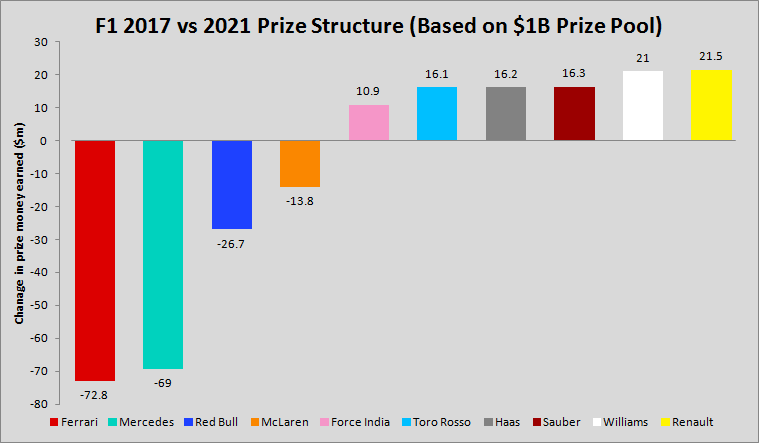 Ferrari and Mercedes stand to lose the most, followed by Red Bull and McLaren, though in the case of the former, its losses would be somewhat recuperated by the extra money earned by its sister team Toro Rosso. All other teams would enjoy a bigger share of the pot, and though the top three earners today would remain the top three earners in 2021, their advantage would be significantly curbed.

This is, of course, all hypothetical. Considering the extreme political maneuvering that takes place in the sport, we shouldn’t at all be surprised if further changes are made to the new Formula 1 prize structure before 2021 rolls around.