This beastly 2005 Volkswagen Touran is tearing itself apart! 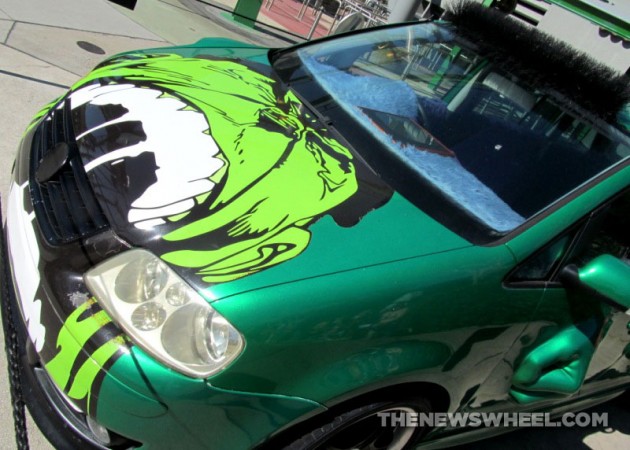 Throughout the franchise’s history, The Fast and the Furious has had its ups and downs. While Tokyo Drift certainly wasn’t the strongest installment in the series, it featured one of the most unique vehicles in the 15-year legacy: the Hulk Mobile. 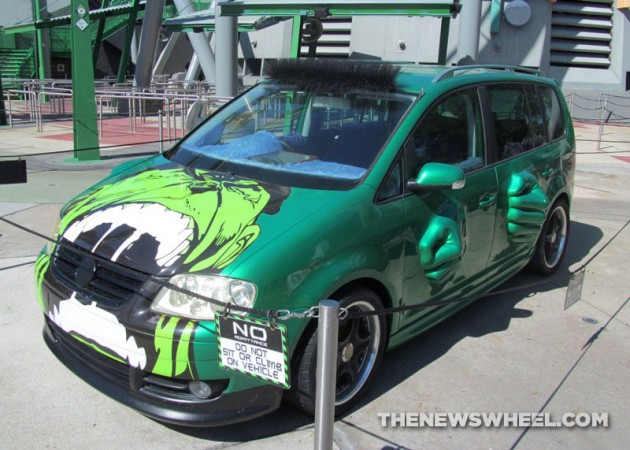 This “incredible” compact MPV is owned and driven in the third installment of The Fast and the Furious series by Twinkie (played by Bow Wow), the best friend of the protagonist. The character is a die-hard fan of the Hulk and fills the vehicle with various memorabilia.

The customized vehicle is instantly recognizable for the fist and foot dents bursting out of the side and rear doors, which were custom panels built and attached to the Touran. An angry Hulk face is also painted on the hood/grille with its mouth wide open. The vehicle isn’t raced in the film, nor is it meant to be drifted, as four-wheel-drive cars have difficulty doing so. It’s simply a tribute to a wild, fearsome character. 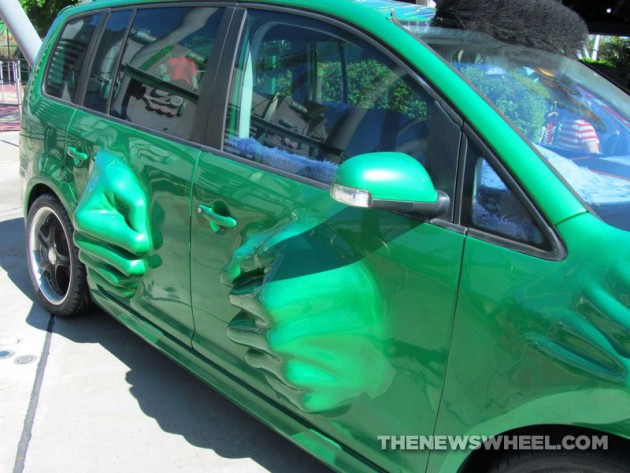 The fist dents are a fierce touch to the unique minivan 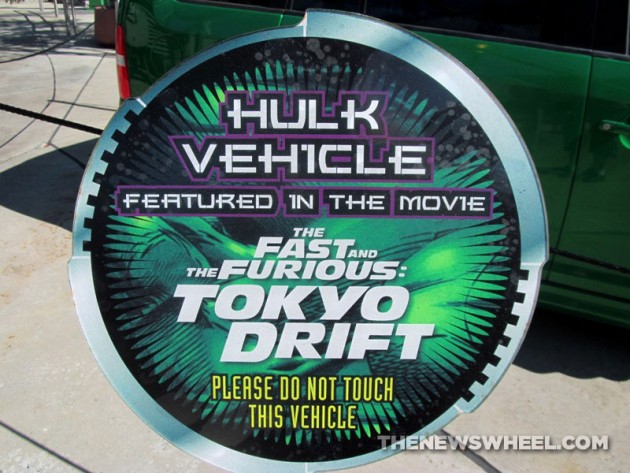 The green Hulk Mobile is based on director Justin Lin’s appreciation of the old The Incredible Hulk television show–specifically one episode in which the beast is captured and busts his way out of a vehicle. The use of the Touran van was part of a cross-promotional agreement between Volkswagen and Universal Pictures for the film, in which four Touran minivans were promoted.

Visitors to Universal Studios in Florida can see the VW Touran on display underneath the green Hulk roller coaster in the Marvel strip. Apart from being sadly de-badged, most of it remains intact–including the purple fuzz interior. It’s safe to assume the sub-woofers and multiple television monitors inside are also removed.

If you aren’t around Orlando to see the Hulk Mobile in person, you can download your own version in Grand Theft Auto: San Andreas. 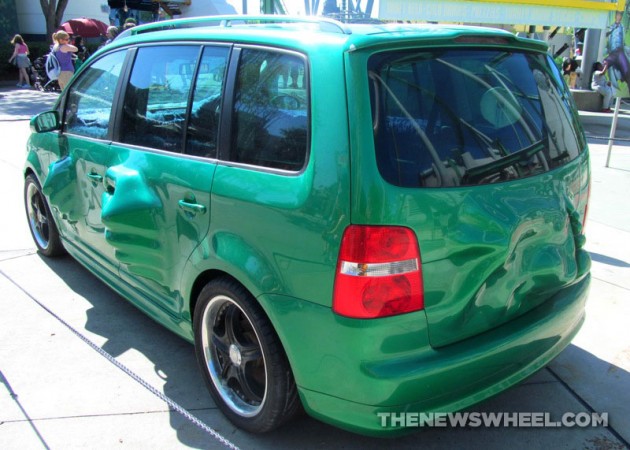