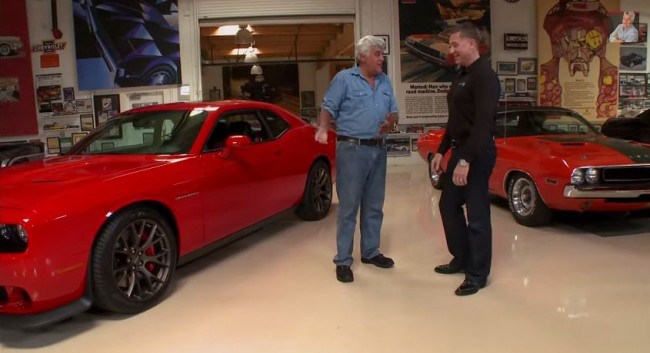 In the latest episode of Jay Leno’s Garage, Mr. Leno checks out the all-new 2015 Dodge Challenger SRT Hellcat. It was never a matter of if Leno would do an episode on the Hellcat, but just when. As he states near the beginning of the video, he’s a huge Dodge enthusiast, and the SRT Hellcat is one of the most important cars in recent Dodge history. After all, it is both the fastest and most powerful muscle car on the planet.

Check out Jay Leno and Tim Kuniskis below as they take on the Hellcat:

In the episode, Leno and Dodge President and CEO, Tim Kuniskis, take the Hellcat out for a spin. Leno clearly loves the Challenger SRT, but he does lament the fact that Kuniskis brought him the eight-speed automatic to play with rather than the six-speed manual. 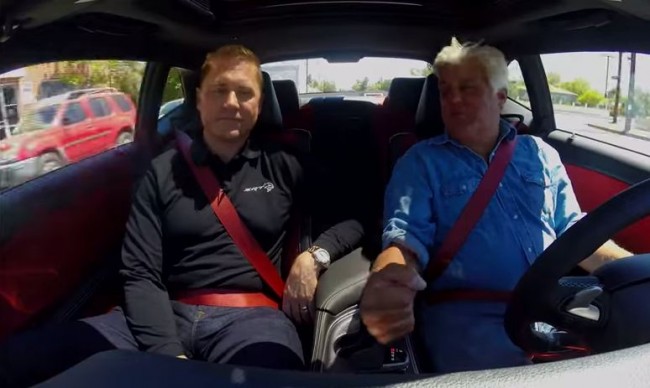 Here Leno wishes he were driving the manual variant.

Throughout the episode, Kuniskis drops in several Hellcat facts, like the fact that each of the Pirelli P Zero tires costs about $300. That means the Hellcat stands on $1,200 total—and that all of those Hellcat burnout videos we showed you were mighty expensive. 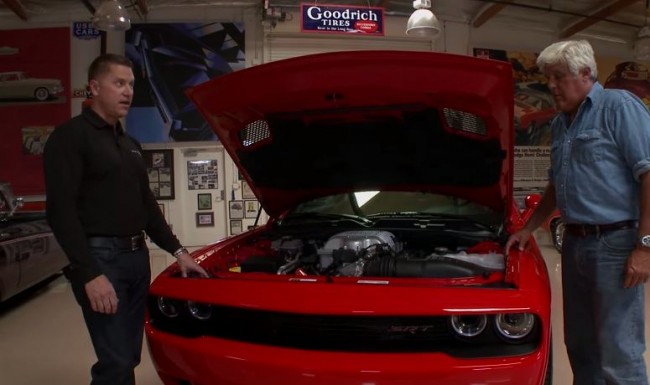 Jay Leno looks under the hood of the Hellcat.