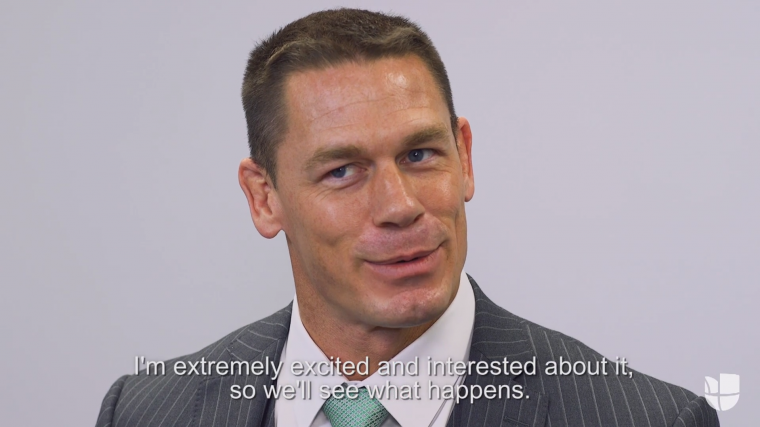 John Cena, a man who no one can see, is squaring off against Ford Motor Company over allegations that he broke a purchase agreement rendering him unable to sell his 2017 Ford GT for 24 months. Cena’s invisibility did not protect him from the extrasensory perception of Ford’s legal team, and he could wind up on the hook having to pay a $75,000 fee in addition to paying back any profits he made from the sale of his GT.

Cena recently spoke with Univsion Autos about the pending legal battle, saying the he doesn’t “have any ill will toward Ford” in spite of the circumstances.

More Ford News: Named one of the world’s most ethical companies for an eighth straight year

“I’m a true enthusiast…I’ve been lucky enough in my lifetime to own some really iconic Fords,” Cena said. “I follow the brand; I love what they’re doing with the new Lincoln line.”

Well, there you have it, then. This is how you broker a settlement between Ford and Cena: have him stand in as a new brand ambassador for the Lincoln Motor Company. Just imagine Cena and Matthew McConaughey hamming it up in an ad promoting the 2019 Lincoln Nautilus.

Or, have Cena join up with one-time bitter rival Dwayne “The Rock” Johnson to do some spots for Ford Service. The possibilities are endless, and Cena being visible (for a change) in a round of TV spots for the automaker might actually help resolve the question of whether he is alive or dead.

“Instead of fighting like irresponsible, big kids, we’ll let a judge figure it out and I’ll be happy with either way the situation goes,” Cena concluded. “I’m extremely excited and interested about it, so we’ll see what happens.”

John Cena: 16-time world heavyweight champ, movie star on the rise, and the only person you can probably name off the top of your head who says that they are “extremely excited” about being sued. What a lad!