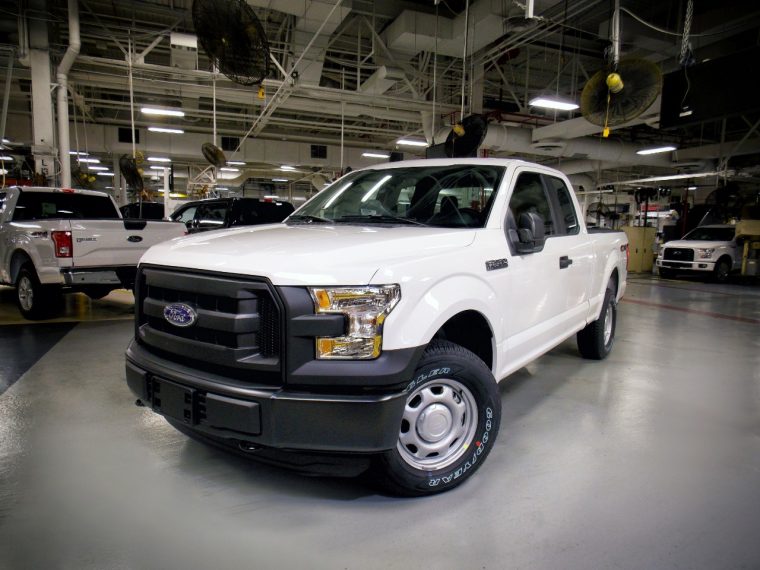 Ford Motor Company CEO Mark Fields spoke to Ari Shaprio on this week’s episode of NPR’s “All Things Considered,” and in discussing the company’s new initiative to create 13 new electrified vehicles in five years, confirmed that a hybrid version of the F-150 is in the works.

When asked by Shapiro if an electric truck is coming, Fields responded, “Well, we do have plans to have a rear-wheel drive hybrid truck by the end of the decade. So yes, we’re working on electrified F-series, and it’s really around a conventional hybrid.”

Ford has been scouting for engineers to help cultivate a RWD hybrid system as far back as September of last year, when a listing for a position was posted on LinkedIn.

When asked why Ford is focusing on electrified vehicles as sales for crossovers and other gas-thirsty models are considerably higher, Fields stated that the direction of the company is based on its projection of industry needs 5-15 years from now, adding that Ford’s vision is based on the increase in regulations mandated by, among other things, the recent Paris emissions agreement. Given the F-Series’ near-four-decade stand as America’s best-selling model, the future focus on trucks is certainly warranted.

Regarding that agreement, Fields stated that global warming is an issue that Ford would like to help solve, adding that it has been taking an “environmentally forward thinking” approach to manufacturing.

Fields also discussed the automaker’s planned ridesharing service, one which he says will bring “a lot of unique approaches to the business.”