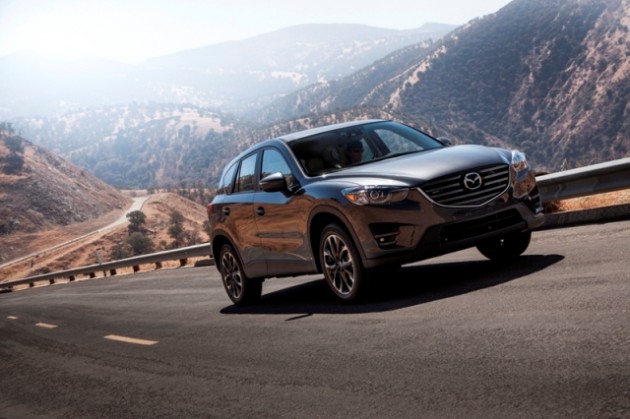 Coming in second is nothing to sneeze at—especially when you out-rank some stiff competition.

The North American division of Mazda has been ranked the second-highest auto brand on Consumer Reports’ annual Car Brand Report Card, which is a substantial accomplishment for an automaker in the process of redesigning its lineup.

Related: Recipients of Edmund’s Most Popular awards for 2015

Consumer Reports pointed out in its post-evaluation summary that most redesigned models “come with teething problems,” which dramatically hurt scores for once-trusted automakers like Mercedes-Benz, Acura, and Infiniti. Many other brands suffered because of sub-par redesigned models in their lineups, including Chrysler, Dodge, Jeep, and Fiat, which all scored near the bottom.
However, Mazda exceeded expectations by having half its lineup redesigned or newly introduced in the past three years and still claiming second place. The Mazda3, Mazda6, and Mazda CX-5 all boosted the brand’s final score.

Mazda fell short of taking the gold because of continued excellence from luxury automaker Lexus—which is, admittedly, in a class all its own.

Even though Mazdas can cost you more than other vehicles in their respective segments, it’s reassuring to know their performance and reliability far outrank their cheaper competitors.