Mazda Most Improved in 2014 APEAL Study 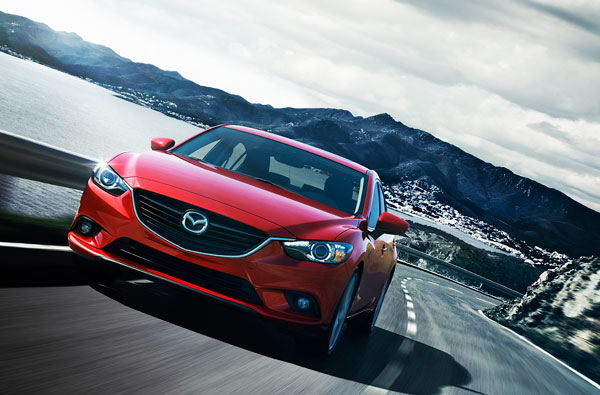 According to J.D. Power’s 2014 Automotive Performance, Execution, and Layout (APEAL) Study, Mazda is the most improved non-premium brand, climbing from 16th to 9th place out of all global automakers. Mazda’s 790 score puts the brand ahead of the average nameplate index ranking for non-premium automobiles (785 average) and just behind the total industry average of 794.

Additionally, the Mazda6 scored 821 points out of a possible 1,000 in order to secure top ranking in the midsize car segment.

“One of the main principles in our DNA is ‘Kaizen’, which is a Japanese term that means ‘continuous improvement through wisdom and ingenuity,’ said Jim O’Sullivan, president and CEO, MNAO, in a press release. “Mazda’s improvement in this year’s 2014 J.D. Power APEAL study shows that our continued focus on improving vehicles through ongoing evaluations and customer feedback is changing their opinion of the brand, and for the better. Customers are more satisfied with their new Mazda than ever before.”

More information on the 2014 APEAL Study can be found at http://www.jdpower.com/press-releases/2014-us-automotive-performance-execution-and-layout-apeal-study.

More from Mazda: 2015 Mazda CX-5 Even Better with SKYACTIV