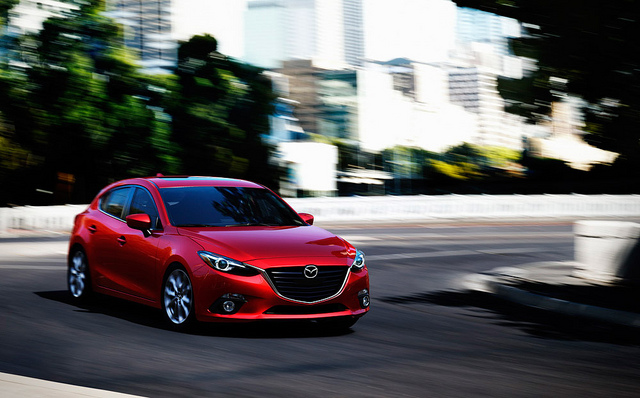 So here’s a novel concept: a gasoline-powered engine that emits less CO2­ than an electric car. Sounds like quite a lot of hogwash, right? Well, Mazda seems to think it’s possible with their next-generation SKYACTIV engines.

According to Auto Car UK, Mazda is positive that they will not have to introduce hybrid models in Europe in order to satisfy EU emissions standards by 2020. Instead, they are focusing their energies on the SKYACTIV-G Generation 2 engine, which will adopt homogeneous charge compression ignition (HCCI) technology and increase the compression ratio to 18:1.

HCCI should lead to a 30 percent improvement in both thermal efficiency and fuel economy, which would in turn lead to a well-to-wheel CO2 emission level of 80kg/km.

As Green Car Reports points out, the emissions will depend on caveats such as the test cycles and the cleanliness of the electric generating plants. In an example, wells-to-wheels emissions over the course of a mile for a PHEV in North Dakota or West Virginia (who burn coal for the vast majority of their energy) is roughly equal to that of a gasoline-powered engine vehicle with fuel efficiency of 35 mpg.

While Mazda is by no means suggesting that the next-generation SKYACTIV engines will generate fewer emissions on the road than EVs, the idea that they will put less CO2­ in the atmosphere cumulatively is a plausible goal.

What do you think of Mazda’s approach to clean driving technology and how it compares to hybrid/EV/PHEV/fuel cell vehicles?