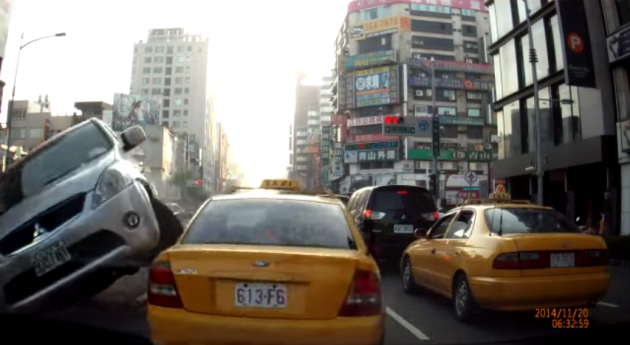 Mitsubishi crashes into cab because why not

There’s not really a whole lot to say about the following video, apart from mentioning that it depicts an accident that took place in Taiwan sometime last month that involved a distracted driver crashing her Mitsubishi maybe-Outlander-maybe-Fuzion-definitely-large-and-coming-this-way into a taxicab, getting the wheels up onto the side of it, crashing into another car, getting almost entirely tipped over, and then sticking the landing on the bumper of the cab. 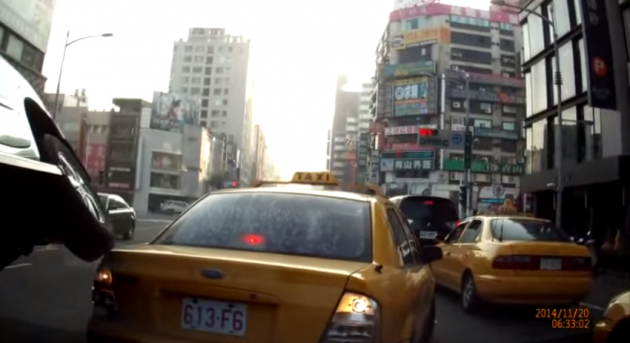 Yeah, that’s really about all there is to say about it. So, uh, here it is:

The woman, who police say wasn’t under the influence of any substance but was likely just not paying attention to what she was doing, was admitted to a local hospital with a mild neck sprain.

If we’re concerned about anyone in this picture, it’s the cab driver. Watch the video again closely, and then pay attention to the flailing shadow of the cabbie in the driver’s seat.

Also worth noting: nobody in any of the other cabs seems eager to get out and check on the folks involved in the accident. They’re more like, “nah, that’s all you, buddy.”

There’s no honor among cabs.