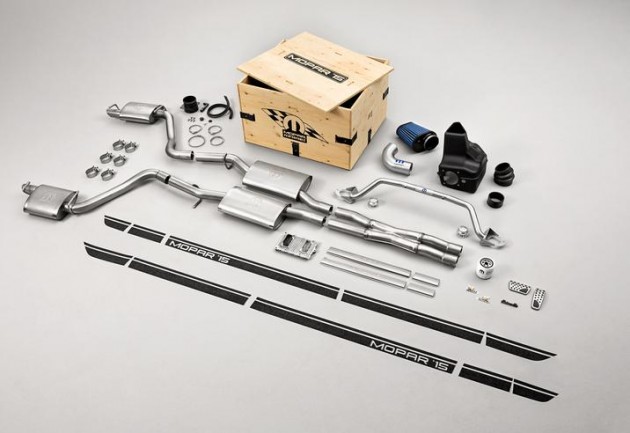 The Mopar ‘15 performance kits are 100% street-legal, but they quickly turn the Charger R/T into a performance monster. Included in the kit is the Scat Pack Performance Stage Kit 1, which ups horsepower and torque by 18 in their respective units of measurement. Also included are a front strut tower brace with caps and bright pedal kit, as well as door sill entry guards (bearing the Mopar logo), a Mopar ’15 serialized dash badge, and matte black Mopar ’15 body-side graphics. 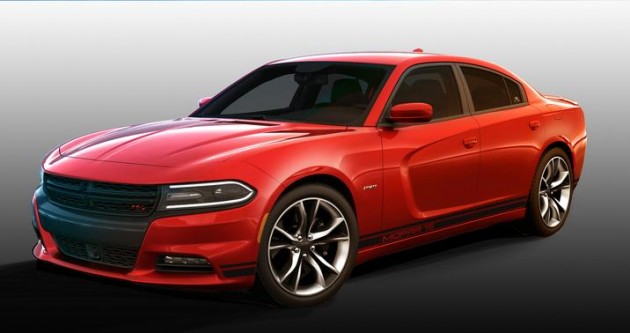 Customers can only make orders at authorized dealerships. The kit is expected to be successful, given the success of the five preceding kits: Mopar ’10 Challenger, Mopar ’11 Charger, Mopar ’12 300, Mopar ’13 Dart, and Mopar ’14 Challenger.

“Mopar has a long history of delivering to enthusiasts performance and customization in unique and convenient packages,” remarked Pietro Gorlier, President and CEO of Mopar Brand Service, Parts, and Customer Care. “We are now shifting into another gear and offering a limited-edition kit that will allow customers to really enhance the performance and look of their Dodge Charger R/T.”