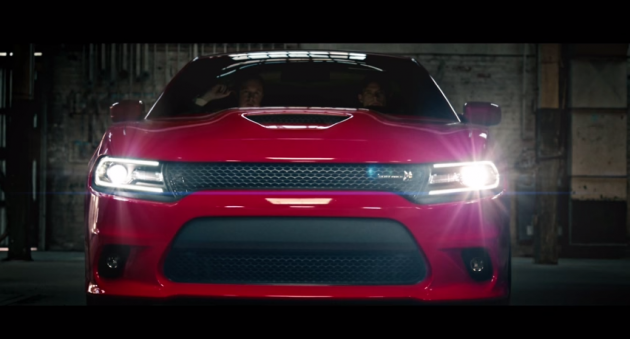 Ad campaigns are all about making their product stand out, showing consumers why whatever they are selling is the best. Recently, we mentioned that Dodge has released four new advertising campaigns to promote its lineup, giving us a taste of some—probably inaccurate— Dodge brother history.

One of those commercials features the Dodge brothers sitting in the Dodge Charger Scat Pack edition, flashing the car’s lights. While you might think that these flashing lights are of no consequence, think again—the brothers are actually using Morse code to send the audience a message. Talk about subliminal messaging. Though there wasn’t a lot of “sub” about it.

As soon as the spot was released, Morse code experts—and people who have Google—looked up what the message could possibly be. And it’s a doozy.

The Morse code message says,“I’d rather walk than drive your car.”

Ouch. Do you need some aloe vera for that burn?

The American carmaker used a Morse code translator during the production process to get the message just right, teasing viewers as they tried to figure out the message and starting a discussion when they finally realized what it said.

Since the commercial was official released at the beginning of June, it has received almost 700,000 views.