Many public relations mavericks might claim that all publicity is good publicity—and they might have a point. After the release of their first ever commercial for the brand new ELR, a plug-in hybrid, Cadillac has received a lot of the public’s attention, but not necessarily in a good way.

The commercial, titled “Poolside,” is a 60-second spot that doesn’t even focus on the ELR. Instead, it takes shots at other countries’ work ethics, claiming that America is the most hardworking. While many people have took offense to this view, Cadillac doesn’t seem to mind—though they have released a new commercial for the web that moves away from this controversy. 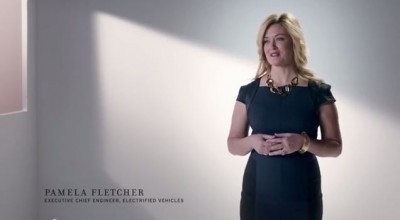 The newest Cadillac ELR ad is the typical car commercial, providing viewers with information about the car and what it can do. According to David Caldwell, manager of Cadillac communications, the new video is so different because it’s not destined for the television and has to appeal to a different audience.

“It doesn’t have any direct relation to ‘Poolside’,” Caldwell says. “TV advertising is not necessarily the heart of marketing something like the ELR… the web is closer to what you need to do to reach people. We definitely have a need to communicate what the ELR is. It’s not television advertising at all.”

What do you think of the newest Cadillac ELR ad? Which of the two do you prefer? Share your thoughts below!