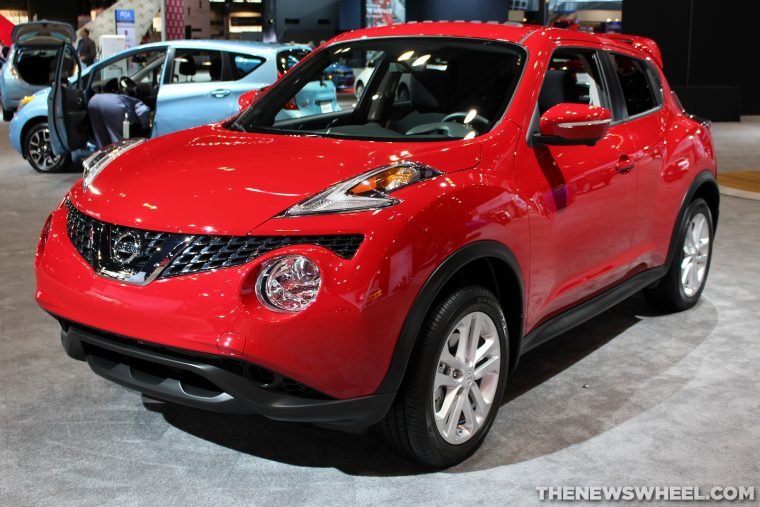 When it comes to electric vehicles and hybrids, Nissan’s focus has primarily been on its Nissan Leaf plug-in EV. While it is an awesome vehicle, Nissan’s slow movement on hybrid technology is starting to be noticed by industry observers. In response, the Japanese automaker announced last year that it had developed a hybrid powertrain called the e-Power series hybrid-system. When it was first attached to a model, Nissan unsurprisingly chose its smallest offering, the Nissan Versa Note. Now there are rumors that another Nissan vehicle could be getting the hybrid treatment.

The Nissan Juke, the crossover SUV that you either adore or loathe, looks to be the next vehicle to join the e-Power hybrid family. According to Green Car Reports, this car could actually be making its big debut at this fall’s Tokyo Motor Show in Japan. It has also been speculated that this would not be the presentation of a concept car, but rather a Nissan Juke ready to head to production. Besides giving hope to hybrid fans around the world, the speculation should encourage fans of the alien-like Nissan Juke. Because the Juke has been left out of many of Nissan’s more sweeping changes, like the Midnight Editions unveiled in Chicago, some were wondering if the Juke was falling out of favor with the automaker. If it is truly the next vehicle to gain a hybrid powertrain from Nissan, this could mean that a new generation of the crossover could be eminent.

So far, the Nissan cars equipped with the new e-Power system have remained in Japan. Hopefully if a new model is unveiled this fall it would make its way to the United States soon.