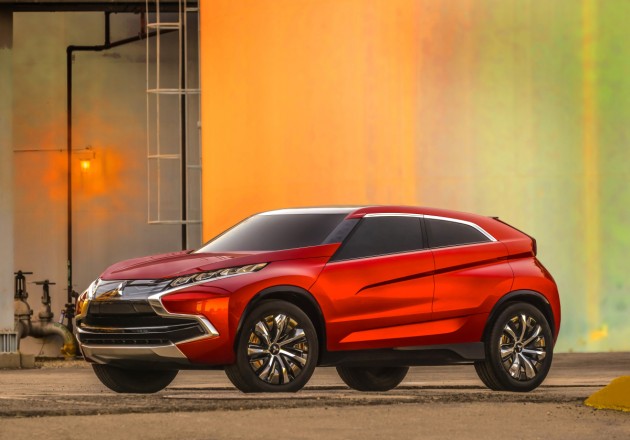 MMNA Executive Vice President Don Swearingen says that he brought the Mitsubishi Concept XR-PHEV to the 2014 Los Angeles Auto Show this week “to reinforce the message that Mitsubishi is here to stay in the United States.”

So let’s get this all straightened away, shall we?

Mitsubishi, in an effort to prove beyond a shadow of a doubt that it is not going to go the way of Suzuki any time soon, came to one of the United States’ biggest auto shows with a concept that made its world debut a year ago and was originally slated to premiere in North America several months ago at an event specifically for Mitsubishi owners.

Come to think of it, we never did find out what they were serving. If Mitsubishi’s presence at the LA Auto Show is any kind of indication of its choice of dish, it was probably a fairly well-plated and visually-palatable chicken dish that actually turned out to be made entirely of mummy meat.

“We brought the Concept XR-PHEV to LA so that we could talk about our new design direction and how future products will be taking clues from its dynamic lines,” Swearingen added.

Until they stop talking and start doing, nothing that Mitsubishi says can really be deemed actionable.

Lincoln, which is by all accounts a boring brand of the utmost, also brought an old concept to LA this week. Why does this not matter as much, even if Lincoln is by no stretch of the imagination a brand that inspires widespread confidence? Because they’ve been doing things of late: folks are talking about the McConaughey ads and the parodies thereof, the first three Lincoln stores just opened up in China, and it announced the Black Label trims/service experience.

Is any of that going to turn the Lincoln brand around over night? No, but it is certainly a far cry from weakly comparing its cars to art for the sake of seeming cultured.

By contrast: what is the most significant thing Mitsubishi has done in America this month? According to its press site, it got to 2 million likes on Facebook.

Well, stop the presses, then. Rumors of Mitsubishi’s demise has been greatly exaggerated. Sorry, I couldn’t hear you over the deafening sound of a heart monitor flatlining somewhere in the distance.

Shut it down for a while, think about what you actually want to do with your brand and your products, and come back when you have something interesting.